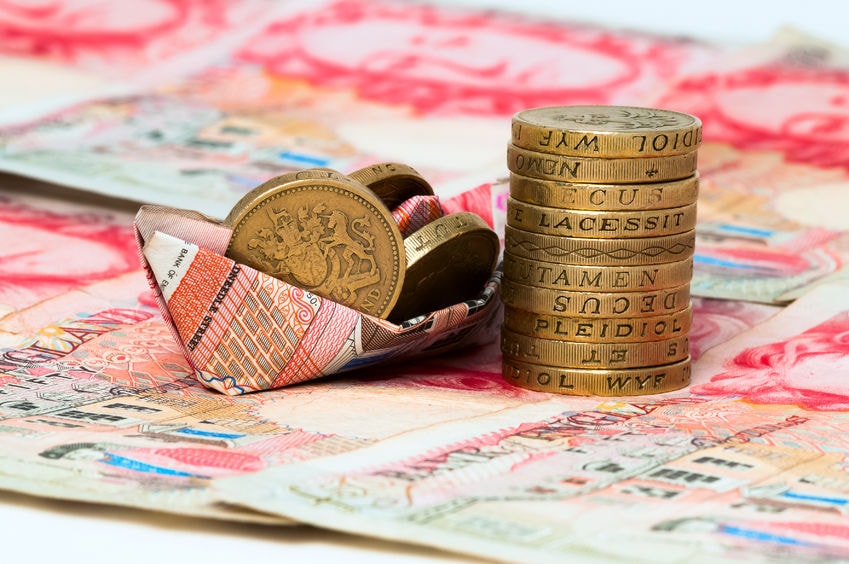 Home | Insights | Pensions | Financial Advice: Can Pensions be fixed in the UK?

Financial Advice: Can Pensions be fixed in the UK?

Holborn Assets Reviews the present state of the pension system in the United Kingdom. We look at the relevance of these broken and burdened systems and how, if at all, they can be fixed. With some UK citizens finding that the pensions shake-up this year has left them without the full state pension they expected, the British system of pensions is once again under the spotlight. On the plus side this year, the Pensions Bill announced with the Queen’s Speech, was praised for targeting the worrying lack of clarity and regulation at the heart of the pensions structure. And, post-BREXIT, fears over possible freezing of state pensions and restrictions on the use of QROPS have, so far, turned out to be groundless. Neither is anything serious in terms of sweeping pensions regulation likely to be happening soon, with the Pensions Regulator saying, “we will also continue to engage with European institutions such as EIOPA (European Insurance and Occupational Pensions Authority) while we wait for further clarity as to the nature of the UK’s future relationship with the EU and any transitional arrangements.” Doesn’t exactly sound like Action Stations, does it? Which is great. A period of calm is what is needed in terms of Government action. And consumers too need to sit tight when it comes to maturity decisions if they can. The consensus seems to be that, post-BREXIT, the lack of EU regulation will give the UK more flexibility and power in tackling many of its financial systems, including pensions. So, all good then?

Is the UK Pension System Broken?

Judging by a recent and authoritative review of the pension systems of 25 countries, the UK pension system is doing just fine. In the 2015 Melbourne Mercer Global Pension Index (MMGPI) compiled along with the Australian Centre for Financial Studies, the UK came ninth in overall ratings, receiving a ‘B’ grade along with six other countries. A ‘B’ grade reflects “a system that has a sound structure, with many good features, but has some areas for improvement that differentiates it from an ‘A’grade system.” The UK beat Germany and Ireland with their ‘C+’ and the US, France, South Africa and others who achieved only a ‘C’ grade. Denmark topped the list with the only ‘A’ grade, and both Australia and the Netherlands received a ‘B+’.

Relatively generous, sustainable and certainly not going to fall apart?

Under the spotlight in the survey specifically in the 25 inspected countries was “the adequacy, sustainability and integrity of their pension systems.” (ft.com) Over the 2014 and 2015 surveys carried out by Mercer, the UK remains high scoring in “integrity”. With an average of 69.4% to measure up against, the UK scored 85.4% in both 2013 and 2014 for “regulation and governance; protection and communication for members; and costs.” (globalpensionindex.com) For “adequacy” too, the UK scores higher than average over the period. “Adequacy” grades the generosity of the system to the least well-off. For “sustainability” the UK was actually below average in 2013, with a score of 48% compared to an average of 51.9%. The right side of average was regained in 2014, with a score of 52.4, 2.7% above the average. Mercer focuses on the private pension sector in a country as well as national levels of debt and labour participation to define “sustainability”.

There will always be short-term worries and scares — like the 2015 reforms that allow us to get at our money from the age of 55. That’s turned out OK, but it remains the case that, with the continuing reduction in tax-free Lifetime Allowance and the historical move to Contribution-based schemes, pensioners are getting squeezed over the long-run. And, right at the heart of the pensions structure itself, is the major worry – deficit. UK retail giant BHS was brought down by its pension deficit this year, and the fear is that 600+ companies are similarly vulnerable.

Reforms brought in by the UK Government in 2015 mean that savers have full freedom to spend their entire pension pot if they wish at the age of 55 without any obligation to purchase a fixed annuity. This means that people can, in theory, blow the lot without being forced to invest in a fixed annual payment for life i.e. -an annuity. There is the risk in the future that the system could be weakened if too many pensioners end up blowing their pensions. But the consensus has been in the industry since last year that this blow-out has not been happening, and is unlikely to do so.

As Lifetime Allowance continues to decline in value … The Lifetime Allowance is a threshold set by the UK Government which determines how much of your pension can be accessed without paying extra tax. The higher the Lifetime Allowance, the better for us consumers. But the Lifetime Allowance has, in a series of cuts, dropped drastically in value since 2012: Since 2012, the HMRC has made provision for transitional protection schemes which may apply to you. These schemes — with Individual Protection and Fixed Protection available for 2016 — allow some relief from cuts depending on personal circumstances and whether future pension contributions are made. … And Defined Benefit Schemes continue to get slashed Defined Benefit Pension Schemes suit members because the duty is on the provider to guarantee payments. No wonder then that they are fast disappearing, with providers keen to avoid the costs this involves. The latest scheme to go in the UK hails from the education sector. As from October 1, 2016 the Universities Superannuation Scheme (USS) — which represents 330,000 members across 400 institutions — is moving to a more contribution-based model AND upping member salary contributions. (zerohedge.com, April 2016)

Not enough money put by

Over 10 years ago,the BBC was saying “there is not enough money salted away in pension funds to guarantee a comfortable retirement for today’s working population.” And what the Financial Times calls “the pensions time bomb that is ticking across corporate Britain” is getting worse. According to The Pensions Institute of Cass Business School, 600 pension funds could be pulled under by their deficits in the next ten years. Another 400 funds are identified as being at risk. The combined total deficit of these funds stands at £45bn, a figure too high for the UK Pension Protection Fund to cover.

Nobody understands the pensions system?

Chief Economist to the Bank of England Andy Haldane said in May 2016 that he was not “able to make the remotest sense of pensions.” Haldane also said controversially that he would, on balance, favour a property investment rather than a pension as the centrepiece of his retirement plan — so he’s no friend to pensions, that’s for certain. But does that mean he’s right? Certainly there are great uncertainties at the very heart of the system. And that’s because it links so many financial elements. Nobody knows for sure what would happen if a number of pension funds went under at once, for example. In the UK, would the PPF be able to cope?

The Pensions Bill of 2016 went some way to dampen fears about the “Master Trusts” at the heart of the pensions system. And by getting more people into workplace pensions, auto-enrolment continues to improve the sustainability of the whole system. The Pension Protection Fund continues to stand guard, but nobody really knows whether its coffers could stand up to a domino-effect deficit collapse amongst funds.

In May 2016, the Commons Work and Pensions Committee reported that there is “a very real danger that ordinary scheme members could lose retirement savings” after “gaps in pension law and regulation have allowed potentially unstable master trusts on to the market.” The Pensions Bill of 2016 toughened up regulation of the “Master Trusts” at the heart of the UK pensions structure, put caps in place on early exit charges, and announced a new Pensions guidance body. CEO of The Pensions Regulator, Lesley Titcomb said there had been “concerns for some time about the need for stronger legislative standards for master trusts.”

Since 2016, workplace pension auto-enrolment has got five million more people into the system. In the big picture, that’s great news and has influenced the UK’s ranking in the annual Melbourne Mercer Global Pensions Index (MMGPI); “the United Kingdom’s pension system, ranked 9th, improved its score [in 2014] signalling that the introduction of auto-enrolment to the UK’s pensions system is starting to have an impact.” (mercer.com)

Founded in 2005, the UK Pension Protection Fund (PPF) protects consumers who have invested in defined benefit contribution schemes. “If your pension scheme qualifies, compensation of 90% of benefits for members below Normal Retirement Age (NRA) is paid by the PPF. Those over NRA would qualify for 100% of benefits and those on ill-health early retirement pensions.” (pensionsadvisoryservice.org.uk) PPF is a public corporation of the Department for Work and Pensions.

So How Can the System be Improved?

Broadly speaking, the existing UK system would be more efficient if a) more people got involved and b) bigger contributions were made as part of that involvement. That is the case for most countries and their pensions systems. In terms of broad major initiatives, this year Osborne has looked at the whole tax rebate system. Amidst all the major structural concerns, there’s one “soft” issue that shouldn’t get lost — and that’s the importance of consumer information. We need to know exactly what we can expect when our pensions mature. That information needs to be clear. And it is gratifying to see that there is some support at senior level for ensuring that the UK citizen gets a better grasp on the figures of his/her pension before it is too late to understand the implications of under-saving.

Do you know exactly how much you’re going to need to save for a comfortable retirement? What lump sum do you need to put by for a comfortable annuity paying out year on year until your death? You might be surprised how large that figure is: a £100,000 lump sum, for example, might convert generally into an annuity of only about £5k per annum. It would be helpful to have a guide, showing what you need to save cross-referenced with what you will then be able to afford in retirement. There’s international precedent for exactly such a ‘retirement standard.’ Indicative figures are published in Australia by the Association of Superannuation Funds (which deals with workplace pensions) and updated quarterly. Consumers are shown, for example, how much their pension pot needs to hold to support either a “modest” or “comfortable” retirement for a given period. The UK pension system would benefit from this enormously. And keep the pensions information coming! The UK could further follow the example of the Netherlands, where each citizen has access to an online pensions dashboard summarising his/her contributions and projected payouts. ******************************** Are you concerned about your financial future? Interested in investing? As your trusted provider of holistic financial solutions, Holborn Assets rises to the occasion with a strong team of independent financial advisors who are ready to guide you in your journey to financial freedom through thick and thin. Suffice it to say, if you’re interested in investing, Holborn Assets is the best place to start. Get in touch with us today!