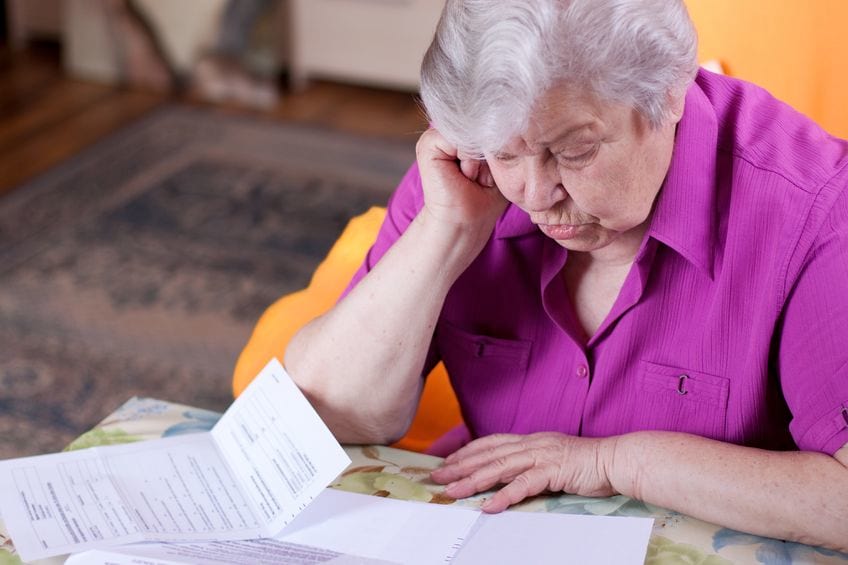 Home | Insights | Pensions | What about my pension post-BREXIT?

What about my pension post-BREXIT?

Uncertainty still remains the key factor. The UK Government is categorically postponing any decisions about pensions until the invocation of Article 50(2) of the Lisbon Treaty puts the UK on a two-year timetable of exit negotiations. And when will be Article 50(2) be invoked? Maybe next year. Maybe never. The political landscape may shift radically. We can’t be sure. But here’s what we know:

Will my state pension be frozen?

If I live in the UAE?

If you are an expat living in Dubai, BREXIT will bring no change: your UK state pension is already frozen. You do not receive the yearly price hike that happens every year in the UK. That’s because increases in UK state pensions are only paid to expats of:

The UAE does not satisfy this criteria, with the UK and Dubai not having a bilateral social security agreement.

If I live outside the UK but inside the EU?

At present, the 472,000 Brits who moved to other EU countries enjoy the annual increase to pensions. But, with a BREXIT, that arrangement will not hold and will have to change one way or another, probably by separate negotiations with individual countries. As a UK Government Briefing Paper speculates, “the UK could presumably seek to negotiate bilateral agreements with individual Member States, or an agreement with the EU/EEA as a whole.” (Parliamentary Research Briefing CBP-7629) The UK Government has been crystal clear that no decisions are to be made yet. For the record… On July 8th, MP David Lidington, then Minister to the Foreign Office, was asked “what assessment he has made of the implications of UK withdrawal from the EU for UK pensions and healthcare provision for for UK citizens, a) currently residing in other EU member states and b) wishing to retire to other EU member states.” Lidington said “… there will be no immediate changes in the circumstances of British citizens living in European countries. It will be for the next Prime Minister to determine, along with their cabinet, exactly the right approach …” (PQ41482, 8 July, 2016) There has been a long-standing pressure on the UK Government to unfreeze rises in expat pensions from the International Consortium of British Pensioners (ICBP). And that pressure has risen, post-BREXIT, with ICBP Director, John Markham saying in August 2016 that “the prospect of a frozen pension will now be of significant concern to anyone who has retired or would like to retire to the Continent.” The UK state pension rises automatically each year according to a “triple lock” of whichever is highest of 2.5%, inflation and average earnings. So the rise is worth having, especially over a few years of compound growth. The arbitrary nature of where globally the freeze falls and where it doesn’t is a chief area of resentment amongst expats. A reciprocal social security agreement to thaw the freeze has not been made with some countries considered to be old friend of the UK, such as India, Australia, Canada and New Zealand. Fifty percent of affected expats are in Australia. Sourced directly from the UK Government, check here, for a full list of countries that the UK does have reciprocal social security agreements with.

What will happen to my Qualified Recognised Overseas Pension Scheme (QROPS)?

No drastic change in QROPS is expected. Your QROPS remains a recognised overseas pension scheme, regardless of whether Britain remains under full EU legislation or not. That is because QROPS are generally the product of individual agreements between countries rather than the product of EU legislation; so EU legislation and its applicability are not the issue. BREXIT gives the UK Government freedoms to make changes. But that doesn’t mean it will do so. Like so much of the pensions landscape in mid 2016, it’s all up in the air when it comes to the long-term QROPS view. There is arguably the potential for the UK government to make QROPS more restrictive now the UK won’t be part of the EU’s rules on the freedom of capital movement. Theoretically, after BREXIT, the UK government could insist that pension savings go to the expat’s actual country of residence, rather than to the sovereignty where the QROPS is held. Senior analyst Tom Selby of financial services provider AJ Bell said: “It is in the government’s interests to restrict QROPS in the wake of the Brexit vote. One of the primary reasons people transfer to a QROPS is to pay less tax than they would under UK rules. Placing restrictions on some transfers would mean more savers would leave their pensions in the UK, providing a welcome boost to Treasury coffers.” (Pensionsage.com) Opportunities exist to tighten up Lifetime Allowance Planning as well as to levy more tax on transferring funds out of the country. What is certain is that in the two years after the invocation of Article 50 (2), more consumers will be looking seriously at QROPS before their benefits become potentially more accessible on a permanent basis to government changes.

What about the rest of the UK pensions landscape?

The short-term problem for UK pensions is economic, not regulatory, and relates mostly to workplace pension schemes. As law firm Bond Dickinson observed in August 2016, “market volatility will prove a challenge for trustees and administrators of UK workplace pension schemes.” (bonddickinson.com). The Pensions Regulator has issued guidance to its members to batten down the hatches in terms of investment risk management and good governance in covenant affairs.

On 19th July, Andrew Bailey, the new head of the Financial Conduct Authority said that there would be “no great bonfire of regulations.” Why? Because many regulations were actually of global, rather than EU, provenance and therefore had to stay. And many such regulations we would want to keep, it is argued, regardless of their provenance. Much of the EU Law that the UK is subject to is written into UK law already, and cannot therefore be torched simply because BREXIT is on the cards. The Pensions Regulator appears keen to wait and see what will happen: “We will also continue to engage with European institutions such as EIOPA (European Insurance and Occupational Pensions Authority) while we wait for further clarity as to the nature of the UK’s future relationship with the EU and any transitional arrangements.”

Commentators are agreed that nothing much is likely to happen regulation-wise for a while. But when pensions regulation adapts to the post-BREXIT lack of EU influence, the potential is there for a more powerful hand at work. Law firm Bond Dickinson describe a “greater autonomy to UK legislators to reframe UK pensions legislation in a post-EU context”, because “legislators will be free to introduce legislation tailored solely to the UK jurisdiction, rather than the supranational, one-size-fits-all approach of EU policy.” (Bonddickinson.com, 24 August, 2016) Fellow lawyers from Freshfields agree, saying “the legislature could, it if it so desired, rewrite much of our existing pensions legislation since it would no longer be bound by the constraints of Europe.” (knowledge.freshfields.com)

Long-standing wrangles in the area of TUPE pension legislation (a potentially big headache for all employers) and GMP equalisation (a big headache for pension firms) look unlikely to be sorted out fast as a result of BREXIT. IORP II, governance-based legislation that may or not affect the UK, is not anticipated to have any earth-shattering potential. The UK Pension Protection Fund, originally an EU-mandated institution, is likely to stay. And the General Data Protection Act due in May 2018 is uncontroversial, if stringent on pension firms.

Key areas of employment law in the UK come from the EU, and an important issue here called TUPE deals with workplace pensions – specifically who pays for what when an employee moves from one employer to another. Perhaps of greater interest to employment lawyers than anybody else, TUPE is a thorn in the side of the profession because it comes up a lot when people change jobs and doesn’t offer many clear answers regarding the transfer of their employer benefits. TUPE is an on-going saga in the pensions and employment world because, as legislation, it allows for ambiguity. It is very technical legally. TUPE stipulates that all benefits you got from an old employer transfer over when you get a new employer. APART FROM things relating to an “occupational pension scheme.” This is the “pensions exception”. In it TUPE says pensions benefits do NOT generally transfer to a new employer. But if the benefits of that pensions scheme do NOT relate to “old age, invalidity or survivors” they CAN be transferred. That’s wiggle room. That’s the problem. Two court cases have been central to the TUPE story. First, the decision in the Beckmann vs. Dynamco case at the European Court of Justice upheld that an early retirement pension did not necessarily relate to “old age” and responsibilities for it should therefore be transferred to the new employer. The decision from the subsequent Martin vs. South Bank University case drew heavily on the Beckmann case; hence the expression “the Beckmann and Martin Rulings”. Then Procter and Gamble vs. SCA confirmed in 2012 that the right to early retirement IS transferrable AND applies to private sector pension schemes. The sector as a whole wants TUPE transfers to work better, and the freedom to direct legislation at the tricky mechanism without the complications of EU oversight is seen as an attractive possibility post-BREXIT. It’s going to take something big to clear TUPE up, and BREXIT is probably not the answer; nothing is likely to be moving fast here.

There is a chance that the UK Government could use BREXIT as a chance to legislate on the issue of GMPs, or Guaranteed Minimum Pensions. The issue of how to equalise for the effect of unequal GMPs between genders has been rolling on in the pensions world ever since the Barber ruling of 1990, that it was discriminatory to have retirement ages that differed for women and men. Benefits were to be equalised, but how exactly? This time around, experts on this area of law, Towers Watson conclude that when it comes to GMPs “instead of getting clarification in the shorter term, it seems Brexit will add uncertainty to whether it is required, as well as pushing the issue down the Government’s priority order – so real answers may still be some way off.”

But what on earth is IORP II? Was there ever an IORP I? IORP stands for the “Institutions for Occupational Retirement Provision” Directive. It was adopted in as the European prudential framework for pension funds in 2003. It is important for governance and financial reasons. The bottom line is that IORP II is theoretically supposed to go through for the UK as EU legislation, but that we will be negotiating our exit from the EU at the time it does. If it does go through, it is unlikely to be ground-shaking in its impact, especially now that unpopular proposals to use a Holistic Balance Sheet solvency model were dropped. IORP II is a series of proposed amendments to the original IORP being chopped-and-changed as they make their way through the European Parliament. The most recent version no longer requires that UK cross-border pensions be fully-funded at all times which, as a stipulation, was a big problem for the UK industry with the previous version.

The Pension Protection Fund (PPF) was established by the Pensions Act of 2004 as part of the EU Insolvency Directive. As a safety net for members of defined benefit schemes, it is highly likely to remain a valued institution, although its existence could theoretically, as a result of BREXIT, be newly-questioned.

Expected to apply automatically as of May 2018 in the UK is a new EU General Data Protection Regulation. This directly regulates controllers of personal data (like pension scheme trustees) and beefs up their responsibilities.