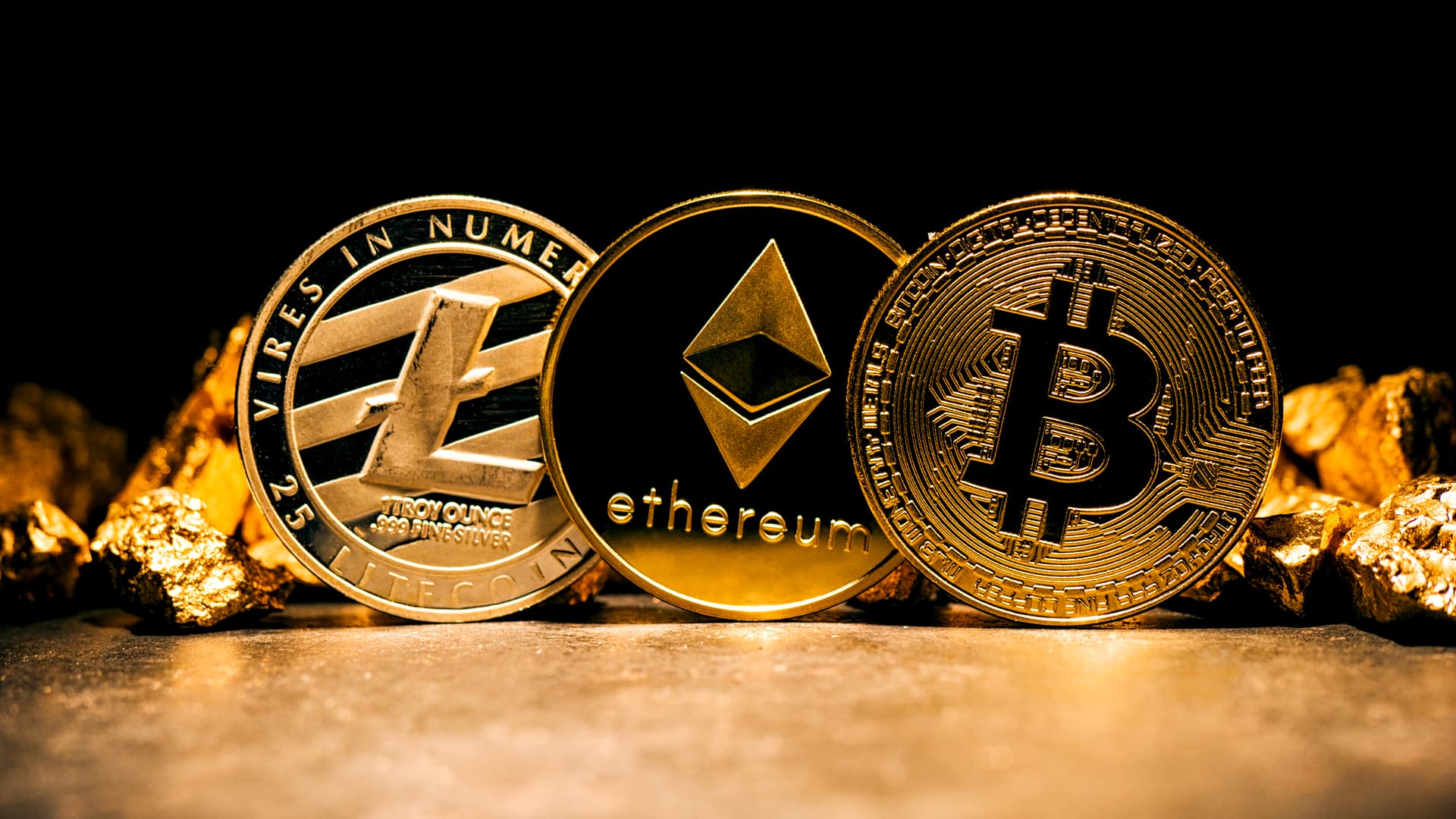 From Bitcoin to Ethereum, digital currencies continue to make headlines.

With the news of these digital coins trading for eye-watering amounts, more people are looking to cash in by investing in cryptocurrency.

However, research has shown that the vast majority don’t fully understand these digital assets despite increased uptake.

Here, we look at the crypto market to help you make a more informed decision before investing your money.

The crypto market has seen significant growth in recent years.

Although more people are investing in cryptos such as Bitcoin and Ethereum, there appears to be a lack of understanding.

78% of UK adults had heard of cryptocurrencies. However, 71% of them could identify the definition from a list of statements.

It’s essential that you understand what you are putting your money into before investing. With that in mind, let’s look at what we mean by ‘cryptocurrency’.

A cryptocurrency is a type of digital currency that uses an encryption technique called cryptography. Cryptography is used to make the coins more secure and to verify ownership.

Like a traditional currency, crypto funds can be used as a payment method when buying goods online. You can also invest in crypto, just like other financial assets that you find on the stock market.

However, all crypto is a virtual currency. There are no physical coins, and it only exists in digital form.

Unlike traditional money, which is centralised, crypto is decentralised. This means that a government or bank does not control it.

The two most common crypto coins often found in the media are either Bitcoin or Ethereum. Bitcoin was the first, launching in 2009. It’s not only the most well-established, but it’s also by far the most valuable. More on that later in this article.

How valuable cryptocurrency is will depend on several factors. Supply and demand, and usage play a part.

Even a tweet from an influential figure can affect a coin’s value. These factors make them more volatile and unpredictable than traditional money, otherwise known as fiat currency.

How does it work?

Cryptocurrencies are bought on crypto exchanges.

Unlike traditional currency that sits in an account, crypto is held in digital wallets. A crypto wallet is either hot or cold.

Payments are a peer-to-peer (P2P) exchange when you buy or sell something with crypto. Think of it as buying something from someone with cash. In exchange for the item, you take a note out of your wallet, and they put it in theirs.

Unlike a cash transaction, most crypto payments happen using blockchain technology. The blockchain network is essentially a public digital ledger.

When a transaction occurs, it creates a new entry known as a block. These blocks are linked together on a chain to create a transaction record.

Hopefully, this gives you a better understanding of the cryptocurrency space. So, where should you invest?

Today, there are thousands of cryptocurrencies in existence – more than 12,000, depending on the source. That sounds like a lot, but only 20 of the coins make up around 90% of the market.

The cryptocurrency market is unpredictable. Things can change, but here are the top coins in the market currently.

Although it is the largest crypto, investors should be aware that it is also one of the most volatile.

The takeaway here is that Bitcoin price changes can be drastic, even in a short timeframe. The graph below illustrates this perfectly. 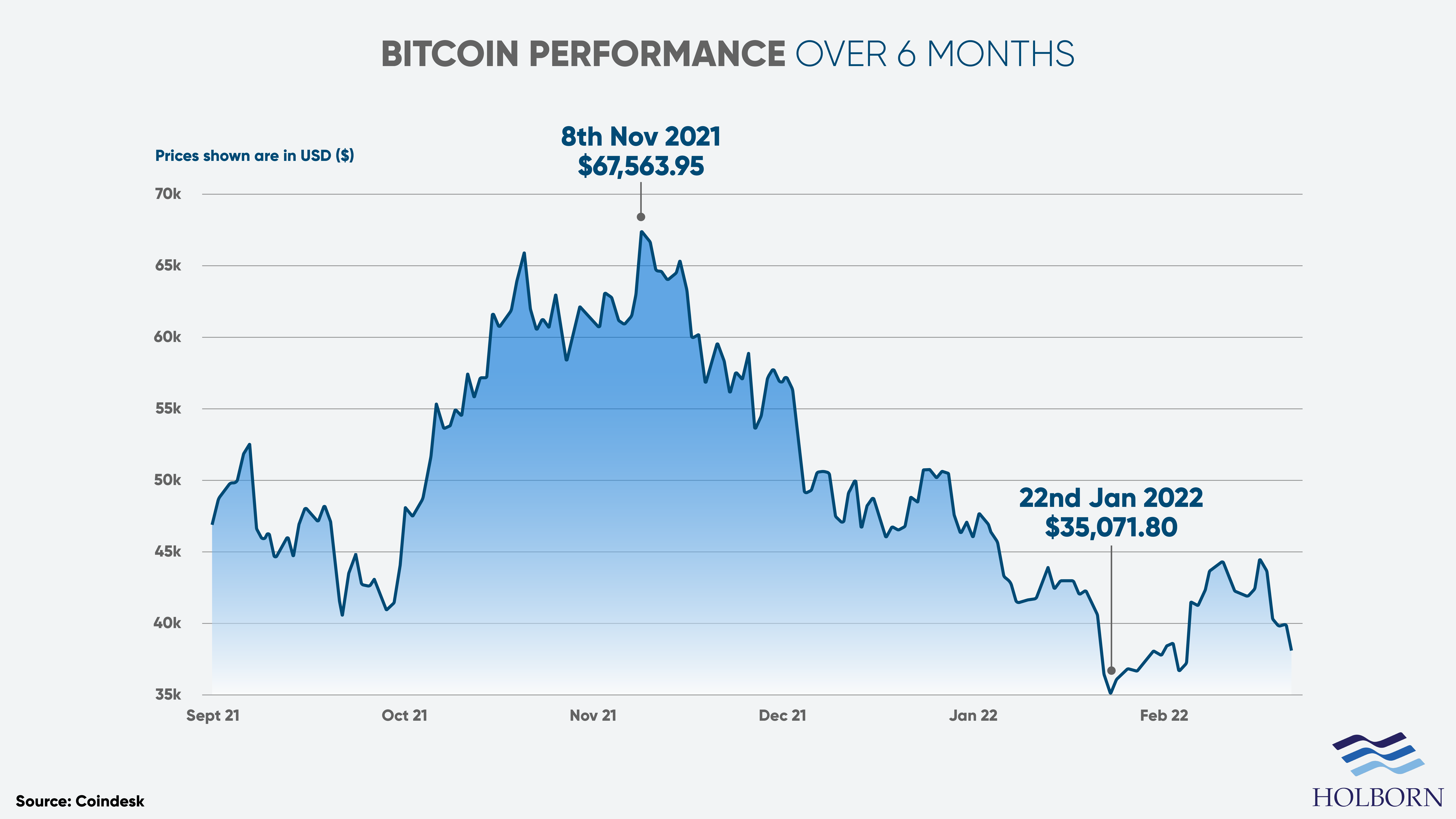 Since its inception in 2013, Ethereum has grown considerably. It is second only to Bitcoin in terms of market cap. However, it is some way behind, coming in at £274 billion ($356 billion). 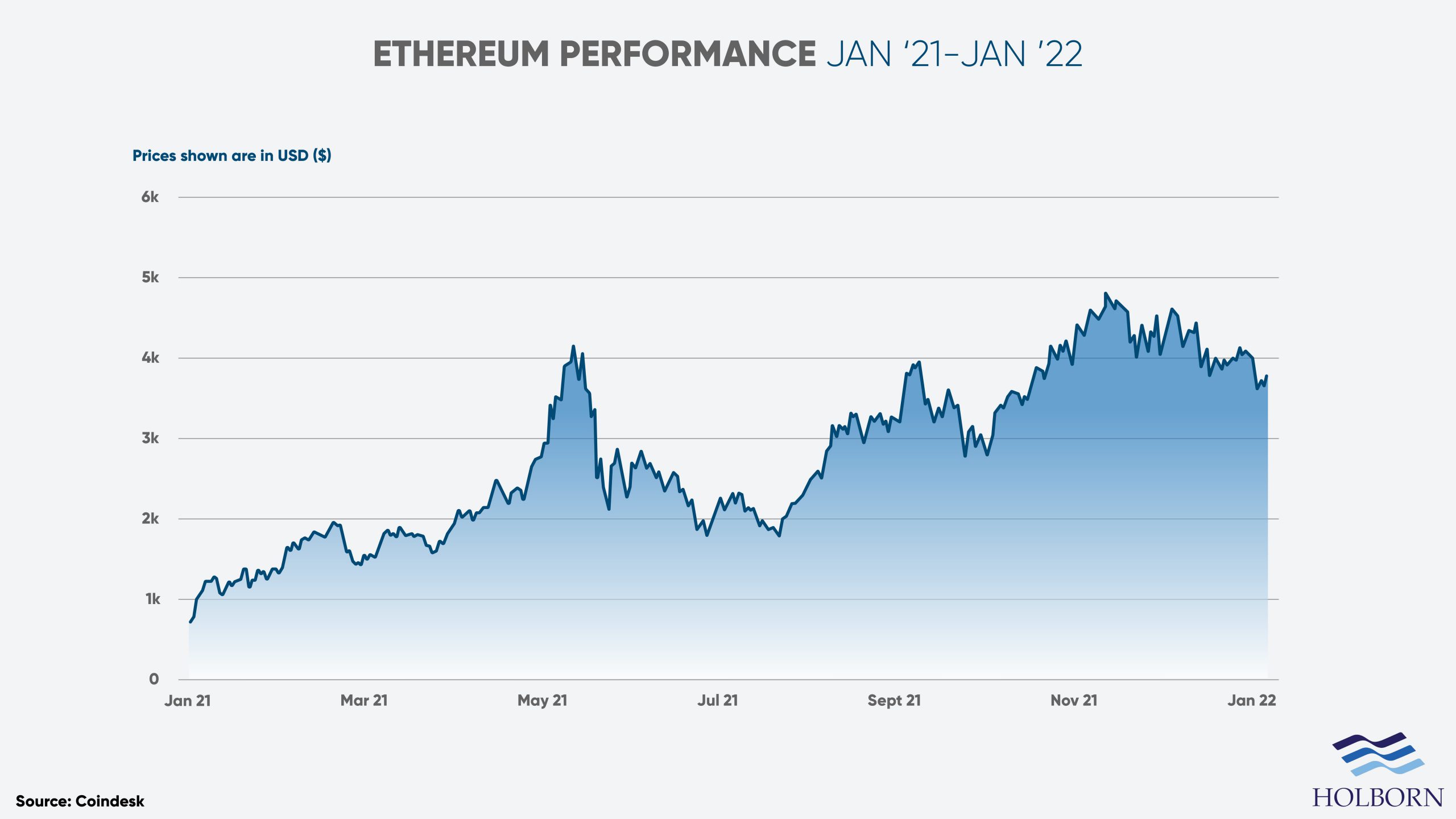 Tether launched in 2014 and is called a stablecoin because it is tied to the US dollar, valued at $1. As the name implies, they are more stable and less volatile than other cryptocurrencies.

The currency has attracted some controversy in the past. However, it is still widely used and has become the third-largest, with a market cap of nearly £64 billion ($83 billion). 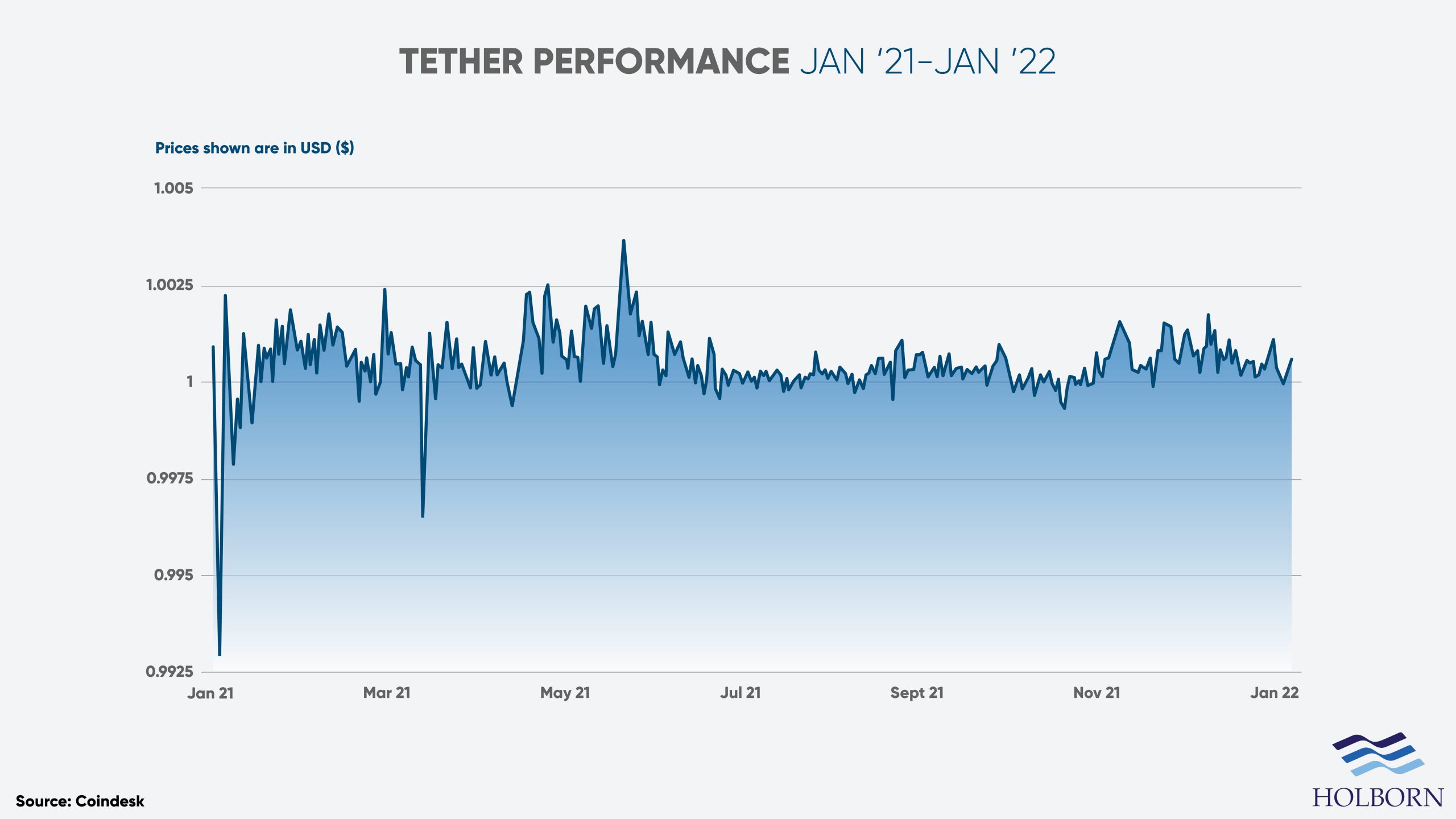 Since its launch in 2017, Binance (BNB) has become the biggest cryptocurrency exchange globally in terms of trading volume.

The market cap for BNB is just shy of £52 billion ($66 billion), according to Coinmarketcap. 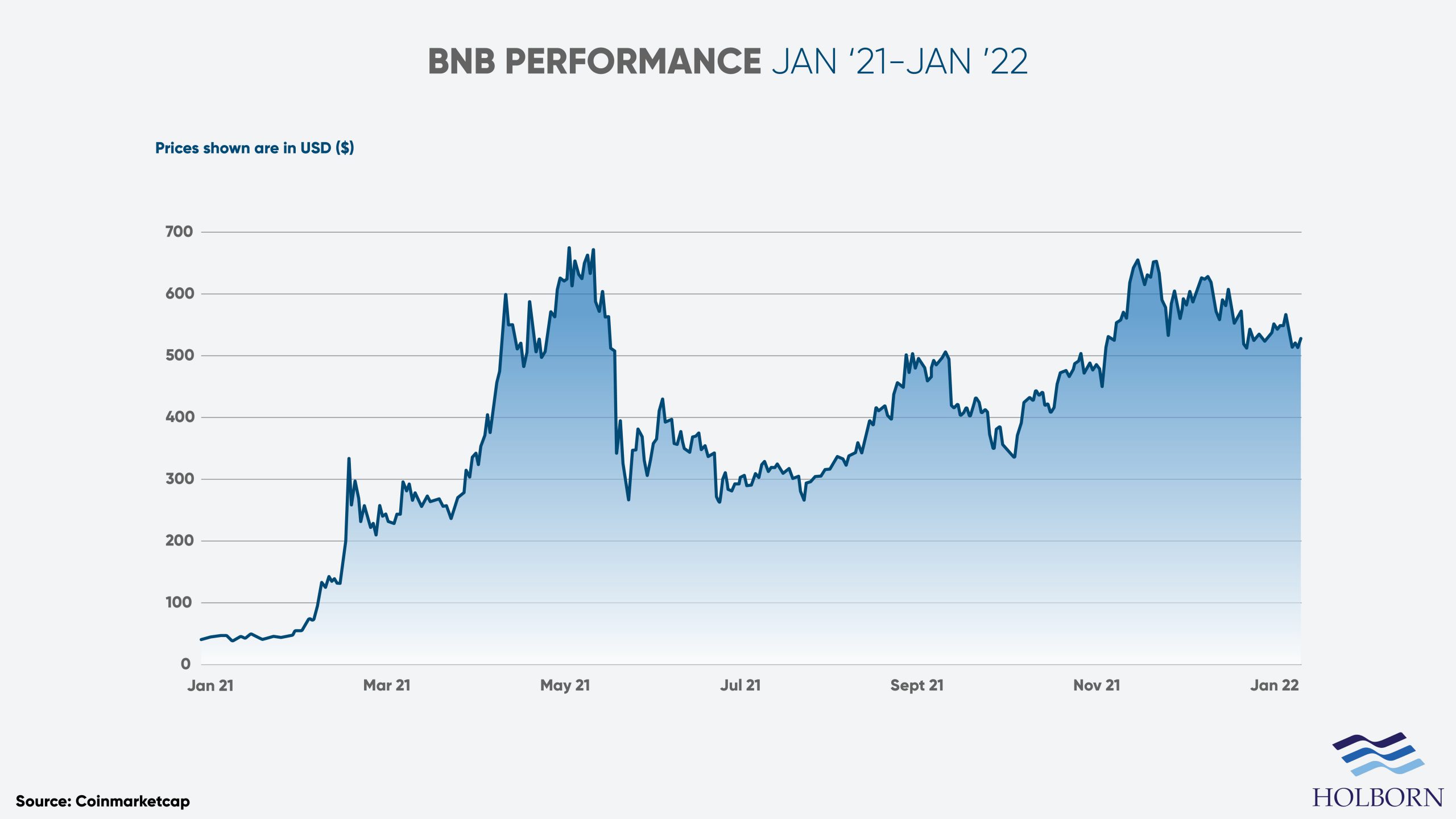 USD Coin launched in 2018, and like Tether, it is a stablecoin pegged to the US dollar. Because it is pegged at 1:1 with the dollar, users can exchange 1 USD Coin for $1 at any point.

It has a market cap of just under £34 billion ($44 billion), making it the fifth-largest crypto. 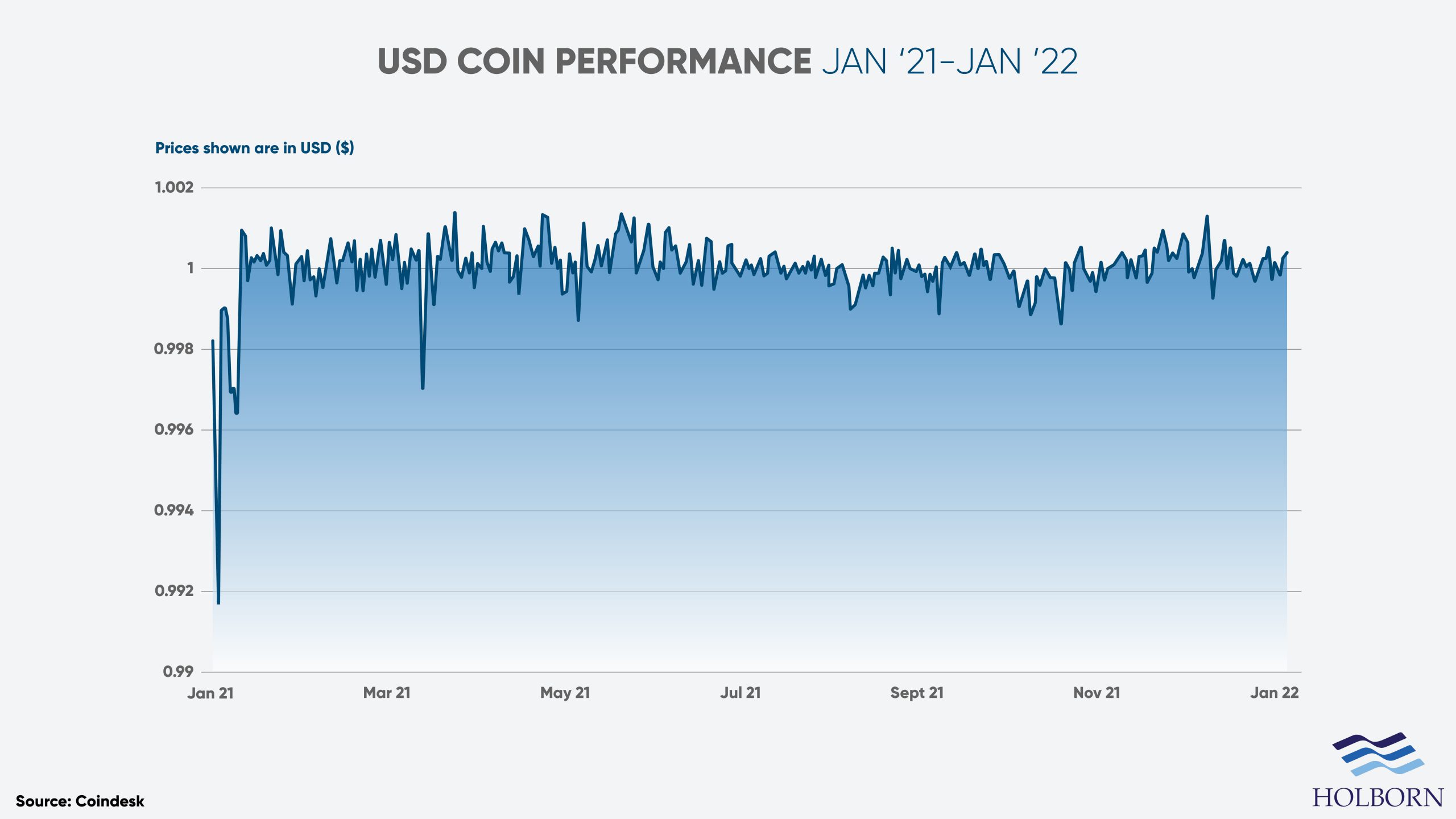 What are the risks?

Crypto is often considered one of the more high-risk investments.

As we discussed, the price of crypto can change drastically in a short period of time, making them a volatile asset. Take Bitcoin as an example. In three months, its value plummeted by 50%.

Because it is decentralised, crypto is largely unregulated by bodies such as the Financial Conduct Authority (FCA). This means that if something goes wrong, you don’t have the same level of protection as you would with a regulated product.

There are also other things to consider, such as crypto scams and the vulnerability of crypto exchanges to cyber attacks.

Remember, in terms of investment assets, crypto is still in its infancy, and things are changing all of the time.

Investing in cryptocurrency certainly won’t be for everyone.

Still, crypto assets do provide another option. They can also be used to supplement traditional assets such as property and stock market investments.

Ultimately, it comes down to finding the right strategy that fits your risk profile and overall goals. The best way to do this is by speaking with an expert.

At Holborn Assets, we are a multi-award-winning company with over 20 years of investment experience. We work with clients to build and manage successful portfolios.

Our client-first approach has made us one of the most trusted names in the financial services industry and won us multiple awards.