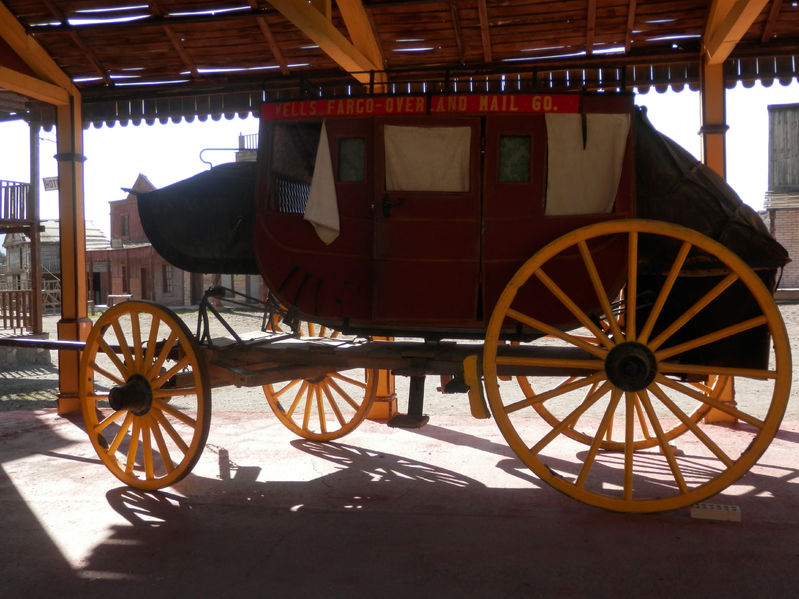 Since its formation in 1852, Wells Fargo has established itself as one of the most iconic companies in the United States. The banking giant has survived two world wars, the great depression and the great recession, and managed to keep a clean sheet. In fact, the reputation of Wells Fargo has been so good that high profile investors like Warren Buffet had no problem becoming the largest shareholder. However, over the last few weeks the clean image of Wells Fargo has been tarnished after the news hit Wall Street that a large number of bank employees have been opening fake accounts on behalf of customers without their consent. In the first week of September, news reports started to emerge that Wells Fargo has fired around 5,300 employees, including managers after it became evident that over two million fake bank and credit card accounts were created by employees in order to boost their own sales targets that earned the bank unwarranted fees.

The allegation regarding the unauthorized accounts opened by Wells Fargo employees surfaced long ago, as individual account holders complained to customer support about such conducts. However, the news regarding the scandal first became the focus of national media in the United States on September 8, 2016, when the Consumer Financial Protection Bureau (CFPB), the Los Angeles City Attorney and the Office of the Comptroller of the Currency (OCC) jointly fined Wells Fargo $185 million due to the allegation regarding opening over two million unauthorized bank and credit card accounts. In the total sum, the CFPB alone fined Wells Fargo $100 million and the remaining sum was fined by the two other government agencies. While revealing the details about the misconduct of Wells Fargo employees, Richard Cordray, the Director of the CFPB noted that “Wells Fargo employees secretly opened unauthorized accounts to hit sales targets and receive bonuses.” “Because of the severity of these violations, Wells Fargo is paying the largest penalty the CFPB has ever imposed,” he added. The CFPB specifically mentioned a number of violations in their official blog and noted that Wells Fargo employees have opened deposit accounts and transferred funds from existing customer accounts to newly opened accounts in order to show “activity” in the fake accounts. Due to the unauthorized account transfers, many customers were hit with overdraft fees due to insufficient funds, which the bank earned as a direct result of such misconduct. The Consumer Financial Protection Bureau continued to mention that besides fake bank accounts, Wells Fargo employees also opened millions of fake credit and debit cards, “going so far as to create PINs,” without the “knowledge or consent” of customers. Opening these unauthorized cards cost customers in terms of hefty annual fees as well as other finance fees, including interest on spending that customers did not spend in the first place! Furthermore, the CFPB was keen to remind Wells Fargo that their employees clearly violated the law by opening fake e-mail accounts in the names of customers – in order to send activation links to those fake accounts and credit cards – so that those fake accounts could be activated. The extent of the misconduct was so severe that the expression, “you cannot make this stuff up”, could be properly applied to this story. Due to violating the public trust, the Consumer Financial Protection Bureau instructed Wells Fargo to implement a number of directives under the Dodd-Frank Wall Street Reform and Consumer Protection Act. Some of the enforcement actions, include paying full refunds to Wells Fargo customers who have suffered due to the misconduct of the bank employees, ensuring proper sales practices by the management in order to prevent any possible future misconduct by employees, and of course, paying the $100 million fine. A few days later, on September 13, 2016, Wells Fargo announced that they are going to terminate their employee sales goals program, which prompted a large number of sales staff to engage in aggressive practices and may have played a crucial role in going as far as opening fake accounts to meet their annual sales targets. During the announcement regarding ending the employee sales goals program, the CEO of Wells Fargo, John Stumpf, said that “the elimination of product sales goals represents another step to reinforce our service culture, helps ensure that nothing gets in the way of our ability to achieve our mission and is consistent with our commitment to providing a great place to work.” While Mr. Stumpf practically admitted that senior management had a responsibility to see if junior executives were acting outside the law, he refused to resign in an appearance on CNBC the same day, saying he thinks, “best thing I could do right now is lead this company, and lead this company forward.” However, the saga continued when the next day, on September 14, 2016, the Federal Bureau of Investigation (FBI) and Federal prosecutors in New York and California opened an investigation into Wells Fargo as the unauthorized opening of accounts has been going on since May 2011. The significance of the FBI probe was that although Wells Fargo paid the fine, they did not officially accept that there was any wrongdoing. On the contrary, Wells Fargo’s official statement regarding the matter was highly ambiguous as they only took “responsibility” “for any instances where customers may have received a product that they did not request.” The tone of the statement was obvious in a way that their public relations were trying to downplay the severity of the misconduct by a large number of their full time employees. Wells Fargo went as far as saying that the 5,300 employees represented only 1% of their total workforce and the customer refunds amounted to only around $2.6 million. The official statement tried to indicate that compared to $86.06 billion annual revenue, the $2.6 million total refund was less than a day’s revenue for the bank. It is worth noting that by opening the unauthorized accounts, Wells Fargo only generated around $2 million in revenue. Hence, the PR spin was that Wells Fargo management could not have been officially involved, it was only the misconduct of “certain employees.” Regardless of the miniscule nature of the scandal, as Wells Fargo tried to portray, Financial Services Committee of the House of Representatives also decided to open an official investigation into the bank’s misconduct. However, the focus of the Financial Services Committee was more on the role of Washington regulators regarding monitoring and safeguarding consumer rights. The latest development about the Wells Fargo scandal is the appearance of CEO John Stumpf in front of the Senate Banking Committee, where he was essentially grilled by Elizabeth Warren, D-Massachusetts, and other committee members. Senator Warren, who is famous for her role in regulating the Wall Street post sub-prime crisis, said that Mr. Stumpf personally made $200 million in bonus by running this “scam.” She also held Mr Stumpf personally responsible and demanded that he resign and be “criminally prosecuted.”

The Fine Was Too Small

Soon after the Wells Fargo scandal hit the newsstand, many media personalities and analysts said that the $185 million fine was too small to be taken seriously by the bank’s top management. The fact remained that Wells Fargo management had failed to ensure a “customer first” attitude of their ground-level employees and the trust of customers have been broken. The miniscule refunds or the so-called hefty fines, which amounted to less than a day’s revenue of Wells Fargo, were indeed not large enough, they said.

Wells Fargo pursued a cross-selling policy, where a checking account holder would be pushed to enrol in additional banking services, such as credit cards or other accounts. Signing up an existing customer for a new service was incentivized by the bank and employees soon found out that opening a fake account and promptly closing it after making some phoney transactions would yield them substantial monetary and career rewards. Since the accounts were closed soon after opening, Wells Fargo senior management failed to gauge the true extent of the pervasive practice by their sales staff. The incentive structure of the employee sales goals program was based on how many new accounts a sales representative could open, and the unchecked incentives lead to “serious consumer harm,” said Mr. Cordray, the Director of the Consumer Financial Protection Bureau.

As the misconduct of Wells Fargo employees began as early as May 2011, there were several complaints logged by customers. The New York Times reported that in one incident, a Northern California resident, Shahriar Jabbari, filed a lawsuit against Wells Fargo saying the bank had opened seven additional accounts that he did not consent to, some of which came with a debit card! “When Mr. Jabbari called the bank asking what he should do with three new debit cards he did not authorize, a bank employee told him to dispose of them, according to the lawsuit,” reported The New York Times. Wells Fargo eventually did hire an independent third party consulting firm that reviewed tens of millions of accounts from May 2011 through July 2015, to look into the misconduct done by thousands of its employees. But if individual complaints were taken seriously by the senior management earlier, perhaps the gross humiliation could have been averted. Since the whole scandal did not unfold at once, and there were pretty good signs that something fishy was going on, the senior management of Wells Fargo, including its top brass, could not simply blame it on a “few” – 5,300 to be exact – employees. The management has clearly failed to take notice and failed to uphold consumer trust.

After Senator Elizabeth Warren went on a rant against John Stumpf, that the New Yorker labelled as “verbal evisceration,” some senior Wells Fargo supervisors may end up taking responsibility for the misconduct of their employees. However, the trend that top financial executives on Wall Street can get away without facing any criminal prosecution after a major scandal may still continue. In fact, Senator Jerry Morgan, R- Kansas, asked Mr. Stumpf “not make low-level employees the scapegoat for blame,” during the hearings. If the current CEO, John Stumpf, does resign, he will likely be replaced by his colleague, current Chief Operating Officer Timothy Sloan. But, given that hardly any top Wall Street executive ever left without earning a hefty compensation, regardless of their performance, would remain a top concern for regulators. While regulatory actions may help restore public faith, the clean image of Wells Fargo has been permanently damaged due to the large scale misconduct by its employees. Moreover, since mid-level management failed to realize the severity and scale of the problem, it may take a long time before loyal customers of Wells Fargo will once again trust their bank. Since Wells Fargo was fined by the Consumer Financial Protection Bureau, their stock price has taken a nosedive, and is currently down by almost 8.16% over the last few weeks. However, the irony is that analysts are already turning bullish and raising ratings, saying this is actually an opportunity for short-term investors as the fine was a “token amount” and business will be as usual. So, if you have been wronged by Wells Fargo, the hope that Karma will take care of things may turn out to be a false hope. For now, the consolation would be that the image of Wells Fargo, associated with a six-horse stagecoach thundering across the American West, loaded with gold, may have been replaced by loaded with shame.