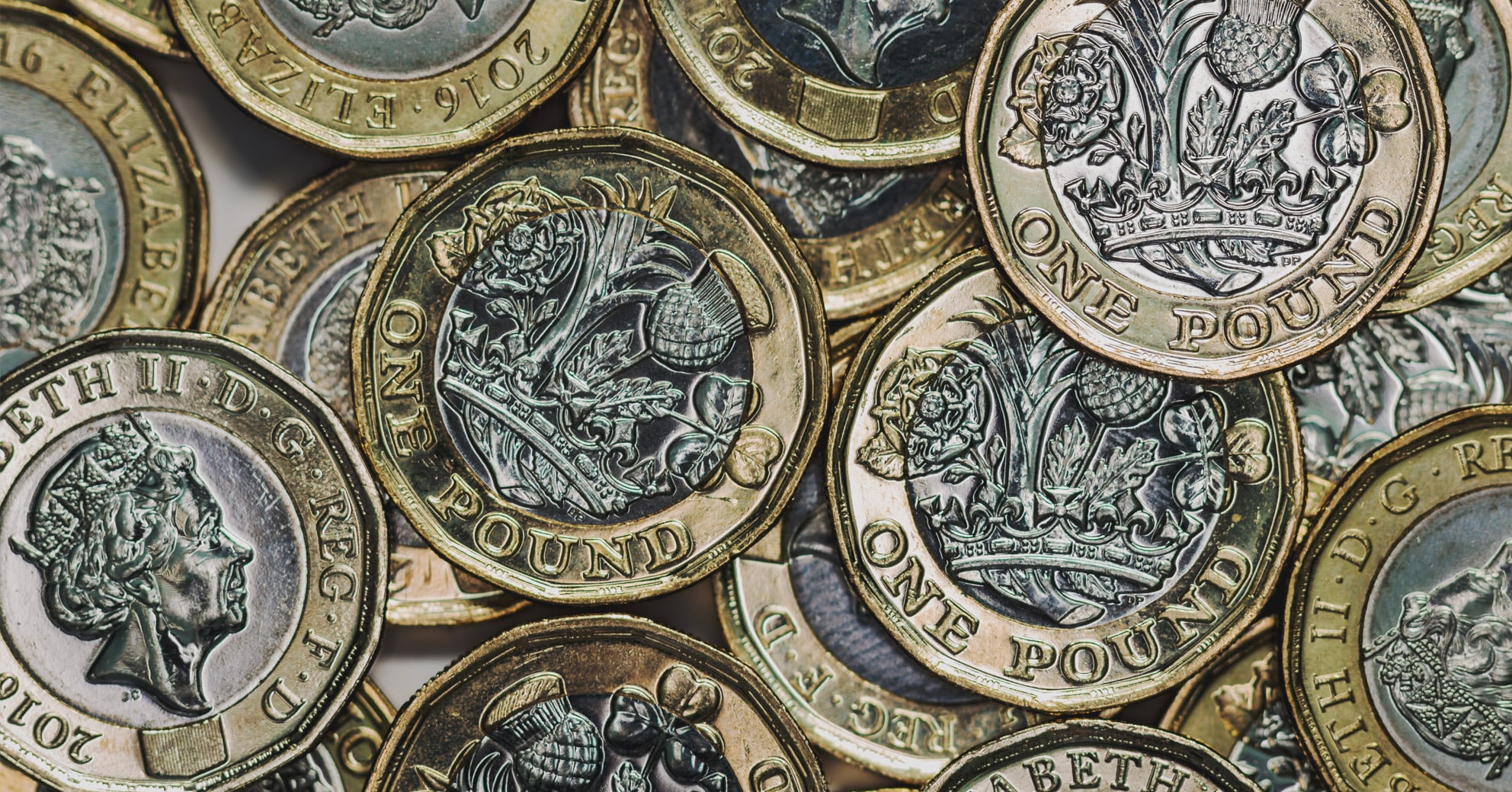 Home | Insights | News | How Will Brexit Affect The Pound?

How Will Brexit Affect The Pound?

Theresa May is expected to continue talks with EU leaders in the coming days, after MPs backed a new proposal for her to renegotiate her Brexit deal. So where does the pound stand so far amidst Brexit?

January has been noticeably dominated by the Brexit proceedings, following a couple of parliamentary votes and prime minister Theresa May surviving a vote of no-confidence. This saw sterling surging to 11 week highs against the dollar! Pound pricing has certainly been interesting, as it has mostly failed to be deterred amid the various worst case scenarios which have been popularly publicised over the past month. Since the referendum in June 2016, holidays and imported goods have become more expensive, but UK exports have been cheaper. Britons living abroad who are drawing on their UK pension have certainly suffered as the pound has declined. With further volatility to be expected, we have to understand why the pound moves. Since 1992, the pound has floated freely on currency markets, meaning that traders – buyers and sellers – now determine what it’s worth. When the pound rises in value, more of the currency is being bought. When it goes down, more is sold. It’s important to remember that there are factors other than political events which affect its value. These include inflation, or the cost of living, which held steady at 2.4% in October. When inflation falls, this eases pressure on the Bank of England to raise interest rates. When interest rates are low, this can deter foreign investors from pumping money into the UK as it will earn less interest. This can also reduce the pound’s relative value. After the global financial crisis in 2008, countries whose economies suffered had weaker currencies. In recent years, traders have been looking much more at politics, rather than economic data, which means much faster trading and therefore a faster pace of change in price. That’s the volatility traders talk about.   Pound performance since January 2007 Exchange rate with US dollar 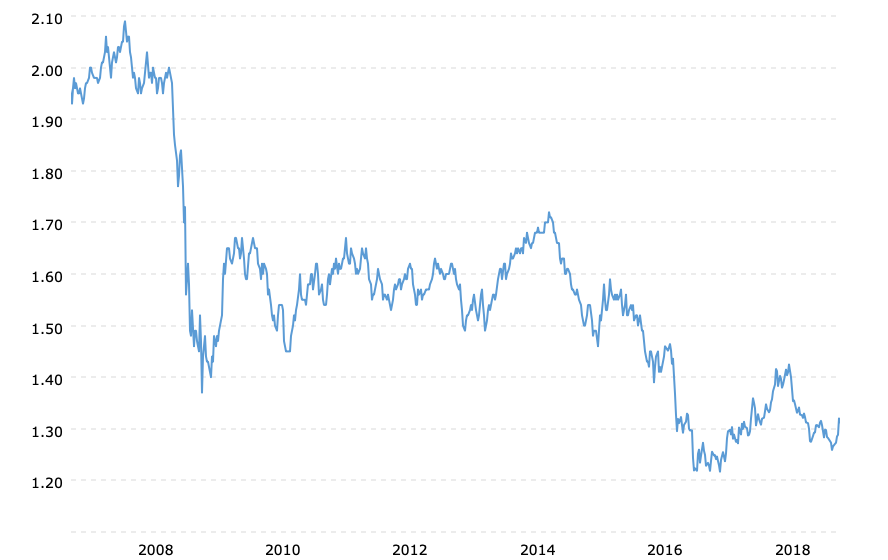 The two sharp declines in the pound can be seen clearly here in the 2008 financial crisis and in the aftermath of the 2016 referendum.   Pound performance since Referendum in June 2016 Exchange rate with US dollar 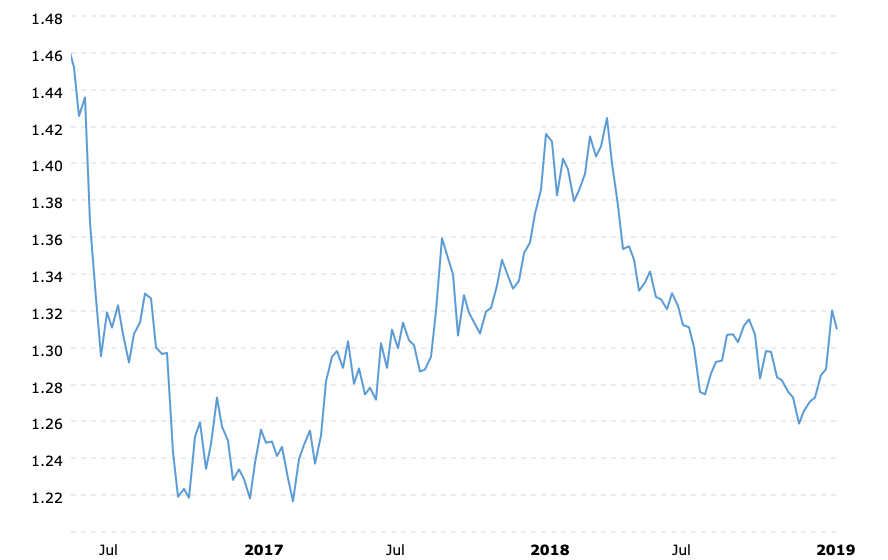 Why does it react to the chance of a softer Brexit?

Any talk of putting Brexit on hold has boosted the pound, as it gives business some more room to put plans in place. A softer Brexit could be also good news for savers. Currency experts such as Canadian Imperial Bank of Commerce’s head of foreign exchange strategy, Jeremy Stretch, think that a softer Brexit could provide a boost to the economy by providing an element of confidence and certainty to companies and consumers who, in turn, may decide to spend more or take on more staff. That increased economic activity could then prompt the Bank of England to raise interest rates, boosting returns for savers.

So what’s better for the exchange rate? Deal or no deal?

As we’ve discussed, lots of different factors are at play, and they all feed into interest rates. However, Brexit is key to the current weakness of the pound. The morning after the referendum in 2016, the pound was down by more than 10% against the dollar and more than 7% against the euro – and it’s never recovered. In the event of a no-deal Brexit it’s likely that the pound will weaken because the financial markets don’t like uncertainty. We’ve already seen that with the slump in December after Theresa May postponed the parliamentary vote on her Brexit deal.

Following the UK parliament’s vote within the last week, it would prove tactless to build a view on sterling assets unless, and until, we have a clear path forward on the next steps as determined by Theresa May. Even if there is a deal, the pound-euro exchange rate is likely to fluctuate for months  and years to come. All the experts agree that it’s impossible to predict how exchange rates will behave in the coming weeks or months. Although the pound is weak at the moment, the more clarity there is over any deal, the more likely it is that it will rise in the near future. However, with so many hurdles ahead it’s impossible to predict how sterling will react. Hussein Sayed, Chief Market Strategist at FXTM, said “As of now, investors seem to be on wait-and-see mode.” So how can you get the best exchange rate? Talk to Holborn! We can offer great rates and expert guidance to help you make the most of your money abroad. If you’re transferring a significant sum to buy property overseas, using us could save you thousands. We can provide access to tools that help you manage the risk of a fluctuating currency market.

Are there any currencies the pound still strong against?

Yes! Post Office Money says sterling is stronger than a year ago against 25 percent of its 40 bestselling currencies, including the Turkish lira, Icelandic Krona, Brazilian real, Russian ruble and South African rand.