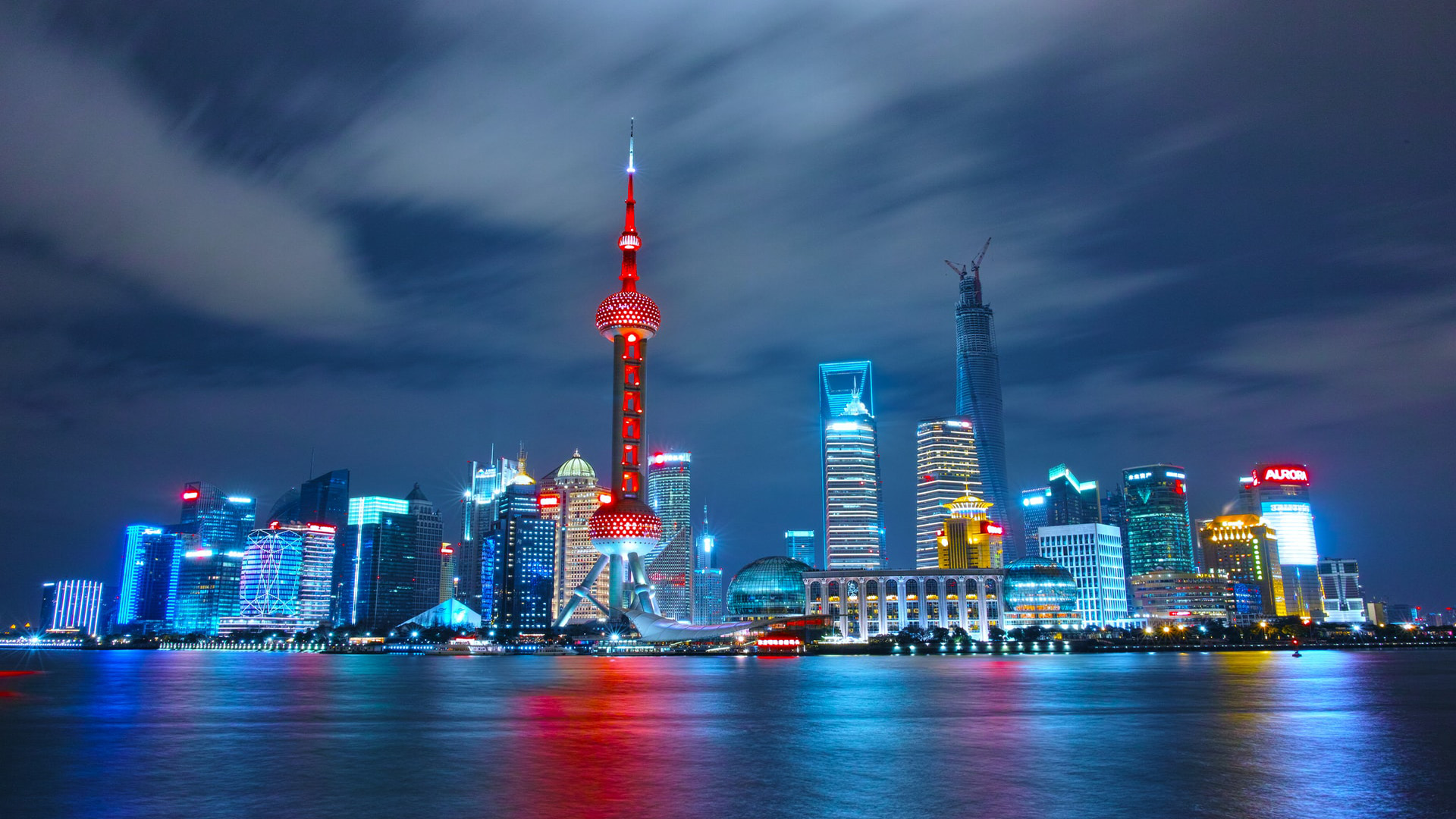 The Chinese economy and real estate market have seen strong volatility in recent times, with the major stock index Shanghai Shenzhen CSI 300 growing to all-time highs, but also falling massively in 2015, only to be saved by government intervention. There is also a lot of talk about a Chinese real-estate bubble in the media, along with a lot of ideas for and against investment in the Chinese market. China is one of the biggest economies in the world with a population four times that of the US (see graph below) and given its vast interconnection, particularly in the manufacturing landscape, has significantly taken part in shaping the global future. What is happening in China? Is the growth story over? Can you benefit from this? 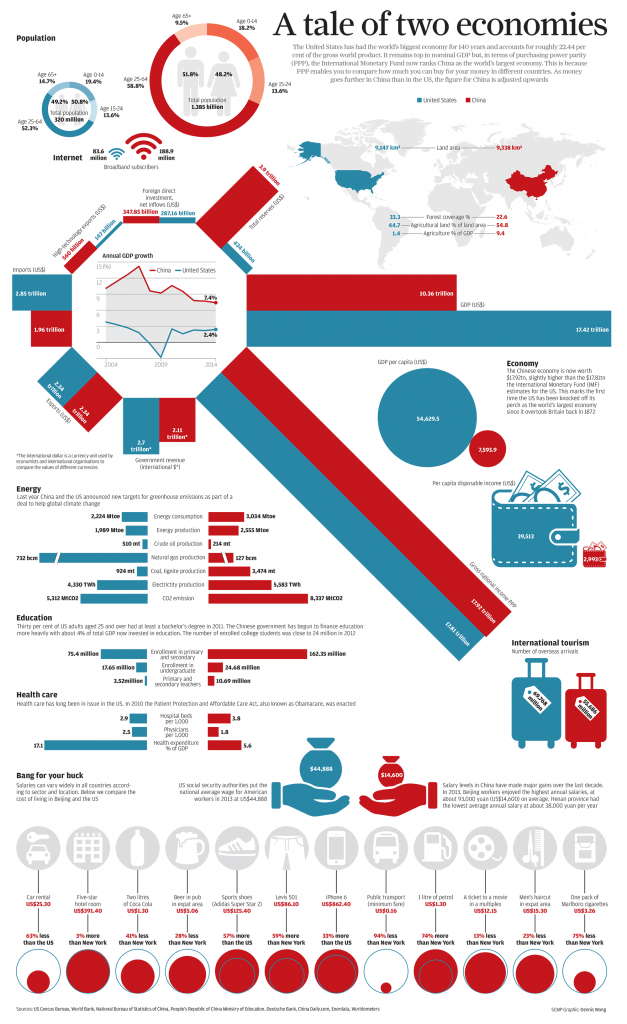 What’s Going On in the Chinese Economy?

Given that a majority of products used in the western world — from consumer electronics to apparel and footwear and even large transport vessels — are manufactured in China, one might expect that the Chinese economy is transparent enough to make a well-informed investment decision. However, this is not the case. Compared to most of its western counterparts, it’s hard to get insights into the dynamics of the Chinese market from the outside. It is also crucial to understand that the state has a direct hand in manipulating the market as much as it so desires to. Therefore, neither the economy nor the real-estate market is acting completely rational as one would expect from a free market like the US, Japan or Germany. More recently, big global companies like Apple, too, have also been struggling to operate freely and efficiently in China. Apple’s iBooks Store and iTunes Movies were subject to a regulatory clampdown just six months into operations in China. This has led to high scrutiny of foreign companies by Chinese authorities and vice versa when it comes to increases in foreign investment and exchange of know-how with China. But there is a reason why all companies are pushing into China in spite of this situation. Domestic consumption, for one, is a big factor. Even though economic growth has been on a slowdown as of late, the sheer size of the population — approximately 1.4 billion vs. 385 million in the US — continues to support consumption at unequivocally high levels. It is also expected that China will become even more attractive for multinational companies in the upcoming years with the rise of its new middle class — a sector that embraces consumption, cars, luxury goods and housing. By 2020, it is expected that China will have higher domestic consumption than Germany or the UK.

Recently, there has once again been a lot of talk about a Chinese real-estate bubble. But this is nothing new. Almost a decade ago, in 2005, international news outlets like the NYT were ‘doom-saying’ the collapse of what has been named the “Chinese property bubble”. Then again in 2008, The Economist declared that the “sizzle is off” China’s housing market and there were no signs of improvement on the horizon. If you think the current naysayer opinions are a safe bet, be reminded of how wrong western projections have proven to be in relation to China. Here are a few other prominent examples: “As the years roll on and successive proclamations of economic Armageddon go unrequited, China’s housing market remains not only afloat but, some could say, as strong as ever. The market heats up to a boil then cools off a little without ever crashing,” says Forbes. But China has maintained tight control over the real-estate market with a toolkit that allows local and the central government to control supply and demand of the market. An example would be the deflation of real-estate prices in 2014 and 2015 where there was merely a controlled intervention by the government that worked. According to the IMF and Forbes, “intervention definitely makes sense for the Chinese central government with real estate being responsible for 15% of GDP, 15% of fixed asset investment, 15% of urban employment, and 20% of all bank loans”. So how does the Chinese government actually intervene? Forbes identified the following toolkit that seemed to work fine until now: Like the ECB or FED, the Chinese government can take direct control of interest rates via its central bank in order to increase demand (by lowering rates) or lower demand (by increasing rates) in the real estate market. This proved to be effective back in FY 2014/15, according to Forbes, when China’s central bank lowered interest rates six times to stimulate the economy and the market reacted accordingly. Unlike it being common when you buy a house in the US or Europe, leverage and mortgages, as well as 0% down-payments, are not standard in China. At 90%, China has one of the world’s highest homeownership rates, but only 18% of the country’s households have mortgages, according to Forbes, citing a piece on China’s Housing Market by the Milken Institute. A normal down-payment for first-time buyers in China is at around 30% and 40-50% for a second property. For any additional housing no official financing is available and full payment is required – again fuelling the shadow banking sector (we touch this below). However, down-payment levels largely vary based on the dynamics of the housing market where the minimum down payment can drop to as little as 20% during periods when the market is relatively tepid and may rise above-average when it is highly active. In China, the state differentiates between two categories of citizens when it comes to purchasing real-estate: ‘potential home buyers’ and ‘non-buyers’. Only the former are legally enables to purchase real-estate. For a non-buyer to become a potential buyer, he has to move into the city and pay income tax for some years. This classification — which sometimes rapidly changes by the state — is also used as a control instrument so that when prices are heating up, people get ‘downgraded’ to non-buyers and cannot act on the market anymore. In order to cap urbanisation in China and also promote rural living, the government has seen to it that the housing market in rural areas is more accessible compared to big cities where demand exceeds supply. China is not a free, liberal market like you are used to. Investments like short-selling are forbidden along with capital transfers abroad. Stock markets are inefficient — and sometimes corrupt — and interest rates on bank deposits are less than the inflation rate. Overall, this does not sound like an investor-friendly environment, and it is not at the moment. These restrictions have left Chinese citizens with very limited options to legally invest in, rendering real-estate the most attractive, if not accessible, alternative asset class. In fact, these market inefficiencies are causing major problems not only for China but on a global scale. This is evident in the Chinese stock market crash of 2015 that triggered a global downward trend on stock indices. Although timely government intervention led to respite for global investors, how this will play out in the next five to ten years is a different topic. Government restrictions have also given rise to an unregulated shadow banking system in China. The shadow banking system offers financing, leverage, as well as some of the same types of structured instruments like subprime credit default swaps (CDS) that caused the real-estate bubble to burst in the US. The industry has developed rapidly over the past few years, according to Forbes and The Economist. This poses a significant, growing threat to the control mechanisms which China imposes. 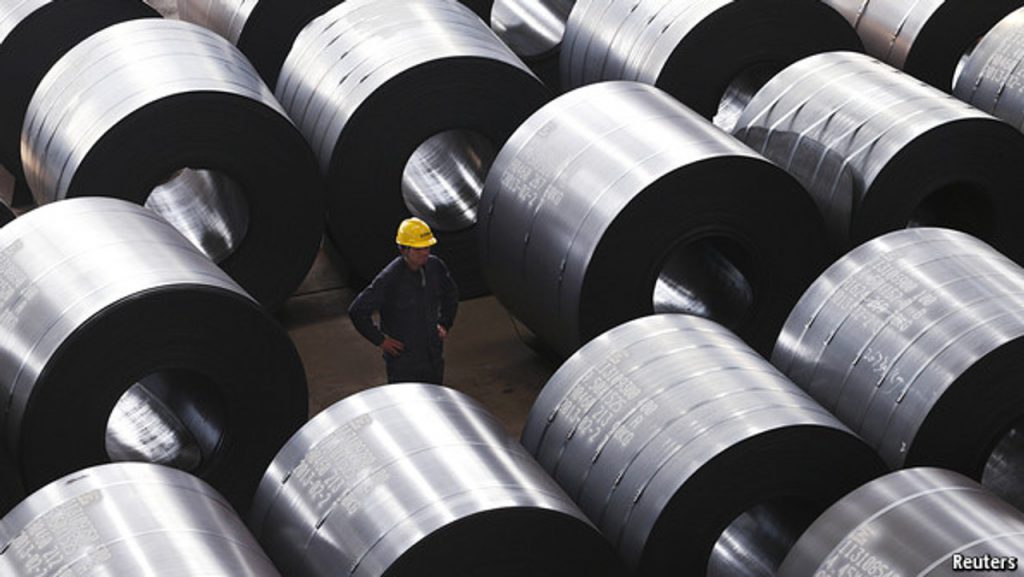 The rise of shadow banking in China (source: The Economist)

So Where Are We?

The Chinese property market has created long-lasting confusion and doubts in many parts of the western world due to its highly volatile nature which has had prices rise to unsustainable heights only to drop a little before sky-rocketing back up again, over and over, without ever really crashing. At the same time, it’s critical to remember that China isn’t really a free market and that there is a considerable level of intervention by the government. According to Forbes, taxes and fees can account for over 60% of a house’s final price. An over-inflated housing market is one of the biggest cash cows the Chinese government possesses, so the last thing the government wants, are falling prices. They will probably do everything in their power to avoid this.

The Next Big Short?

If you have seen “The Big Short”, the situation in the Chinese real estate market might seem like déjà-vu — homeowners with little capital, close to 0% interest rates, a lot of empty buildings. At first glance, this certainly sounds like the right moment to short the Chinese markets. But China is again special here – short selling is prohibited. But there are several indirect ways to do this via ETFs, inverse index trackers and several other derivative instruments (see some examples here). However, be wary of high transaction costs and tracking errors. On the other hand, it’s worth noticing that despite the seeming commonality of factors surrounding the US sub-prime housing bubble and the Chinese real estate market performance, there are crucial differences that are game-changers: Firstly as mentioned, real estate financing in China is mostly done in cash, leaving only a small number of transactions to be financed via loans. A big variety of exotic, leveraged sub-prime mortgage instruments like it was the case in the US in FY 2008/09 does not exist in China. As a result, key underlying characteristics that led to the US’ real estate drop of 2008 are not prevalent in China. So, even in a severe downturn situation, the domino effect of defaults such as was witnessed in the subprime crisis in the US would probably not occur in China. For the investor, it would suffice to say that the current doomsday predictions for the Chinese real estate market have to be weighed out carefully, possibly with the participation of suitable expertise, before deciding on holding or divesting. *** We hope this article contextualises the prevailing situation in China for the qualifying investor. The road to owning a piece of Chinese real estate involves checking a few mandatory requirements whilst, by virtue of historical performance, preparing for a roller-coaster ride over the long term. Here at Holborn Assets, we carry the requisite experience and expertise to help you identify whether such an investment would suit your aspirations and if so, to help you get started with your investment in the shortest lead time. To learn more on investing in China and a host of other investment products, get in touch with one of our qualified independent financial advisers today.