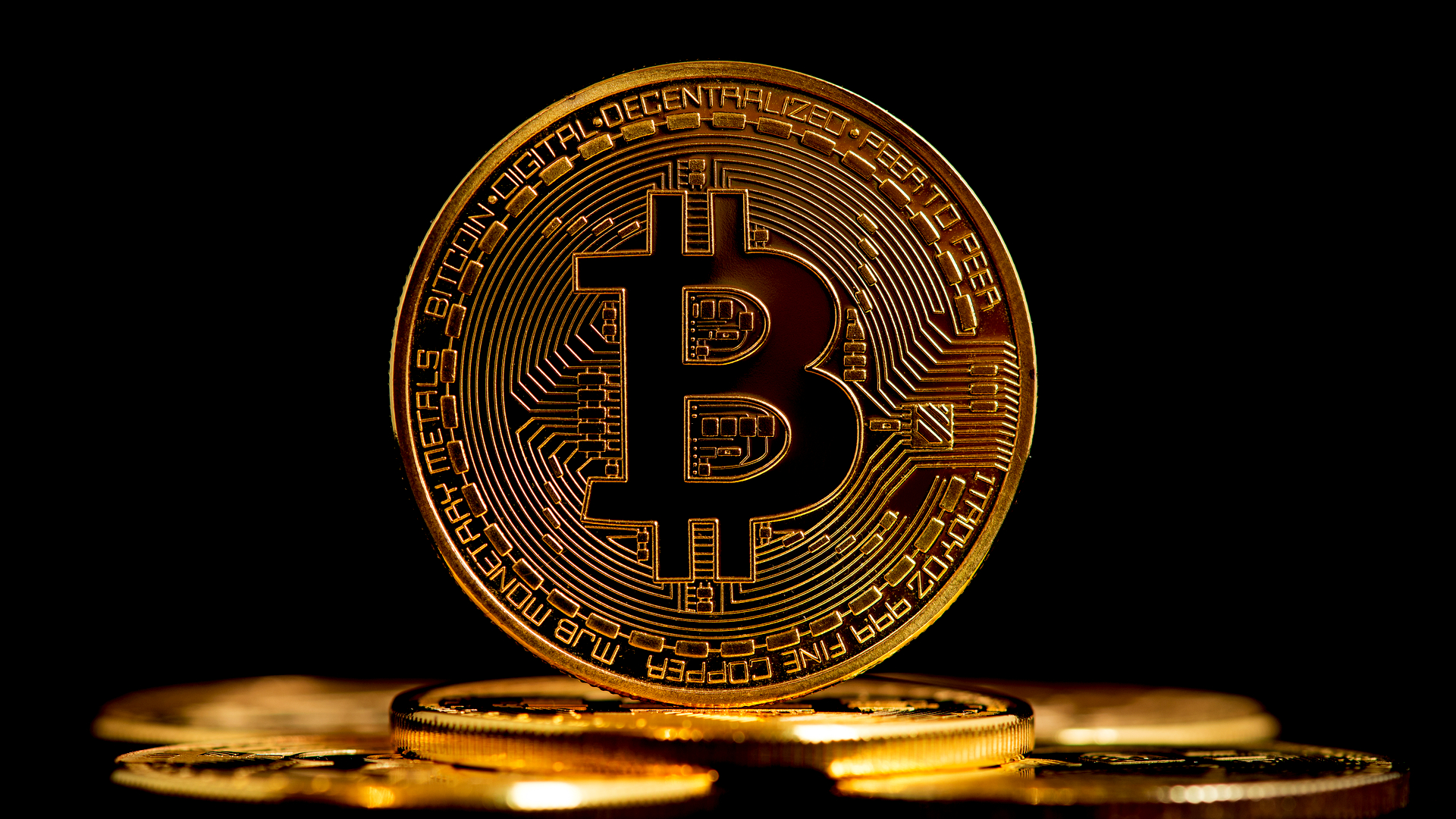 Bitcoin investments are once again a hot topic.

What started life as a concept devised by an unknown, mysterious person(s) on the internet is now the world’s largest cryptocurrency.

It’s just over 12 years since the digital currency launched. From flash crashes to record highs, Bitcoin is hard to predict. Recent news served as a perfect example.

All it took was Elon Musk to update his Twitter profile to affect its value drastically.

So, how did we get here, and should you consider investing in Bitcoin?

Let’s start with a brief history of Bitcoin and how it came to be the name synonymous with digital currency.

The concept of Bitcoin was introduced via a whitepaper that appeared online in 2008.

The author went by the name Satoshi Nakamoto. However, Nakamoto has never been identified. Many believe that the name is a pseudonym for a different individual or even a group of people.

The idea was to create a digital, decentralised currency. In 2009, Bitcoin officially launched. Since then, its use has become more mainstream.

In January 2021, Spanish football team DUX Internacional de Madrid made history when they signed David Barral. The signing became the first ever to be funded entirely with Bitcoin.

Not only has Bitcoin’s use increased in the 12 years since its launch, but its value has also soared.

Since its launch in 2009, the value of Bitcoin has been all over the place. Still, even at its lowest, the digital currency was worth substantially more than in 2010.

By January of 2021, the price of Bitcoin had increased by almost 900%. According to Coinbase, the cryptocurrency reached a value of £30,936 on January 8.

Record crashes and soaring heights are part of what makes Bitcoin so unpredictable. January 2021 alone saw its value fluctuate wildly. 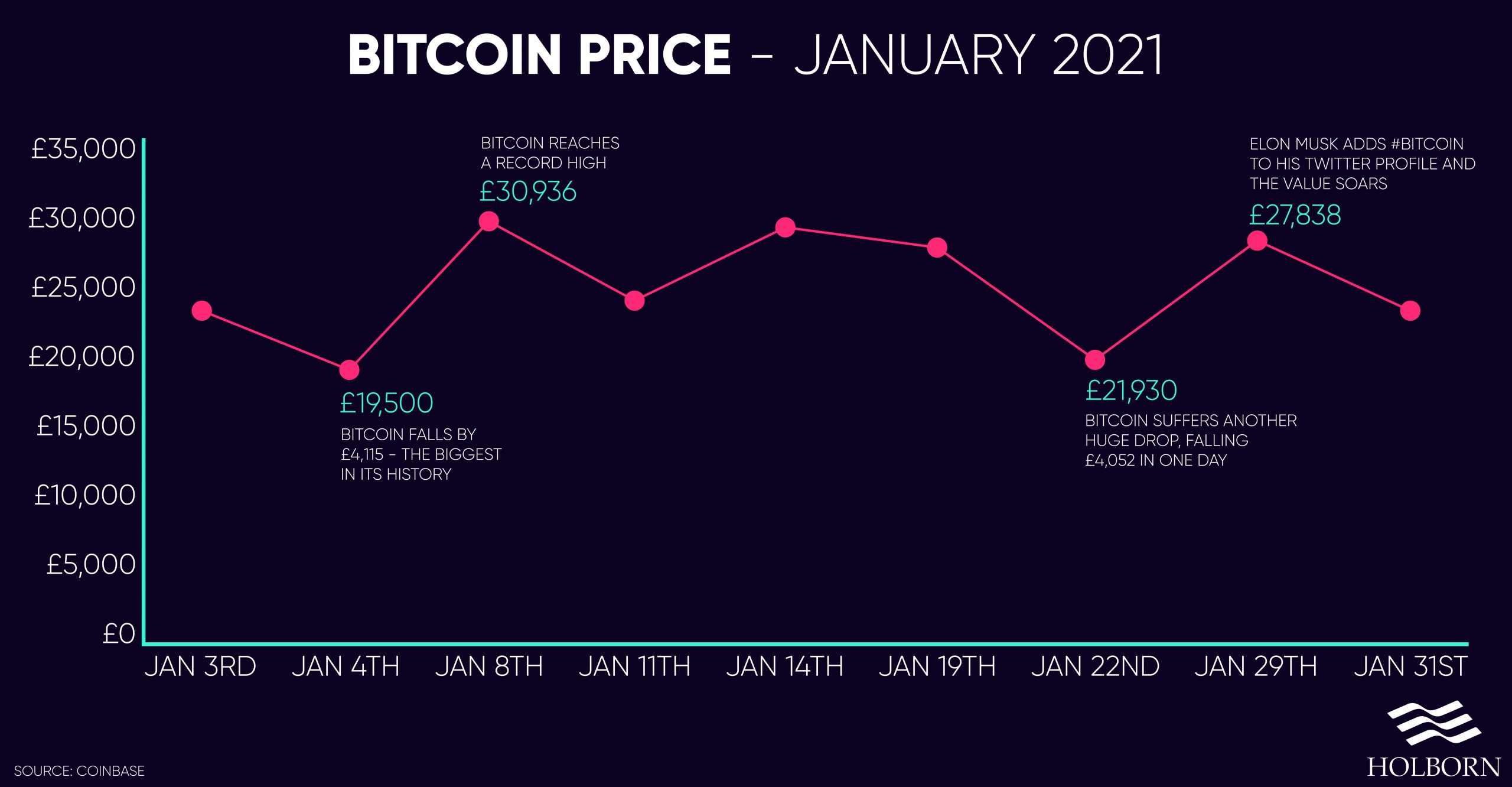 Although Bitcoin is unpredictable, its performance against other markets in 2020 was undeniable.

The price of gold spiked in 2020, as the precious metal, often considered the safer investment, reached record highs. Still, Bitcoin outperformed both gold and the Dow Jones in 2020.

Before you turn your attention to Bitcoin investments, there are some things you need to consider.

The cons of digital currency

Any investment comes with a certain amount of risk; digital currencies are no exception. Here are some things to consider.

The first risk we have already alluded to is the volatile nature of digital currencies.

Be aware; Bitcoin investments can be very profitable or very costly.

Digital currencies are the Wild West of the investment world.

Bitcoin is a decentralised currency. In other words, it’s not controlled by a government like traditional currency.

Without a central, regulated authority, there are more risks involved. If something goes wrong, there is little you can do.

A report from Action Fraud revealed that between June and July of 2018, there were 203 reports of fraud involving cryptocurrency.

The scams used to defraud investors can be highly sophisticated, so beware.

Having a diverse portfolio is a crucial part of any investment strategy.

Just like exotic investments such as whisky or classic cars, digital currencies can be a fantastic way to supplement your portfolio. However, just like those alternative assets, there are risks to consider.

Whether you are looking to shake up your investment strategy or start building a portfolio, Holborn can help.

Our team of investment experts have a wealth of experience working with clients to build profitable portfolios.