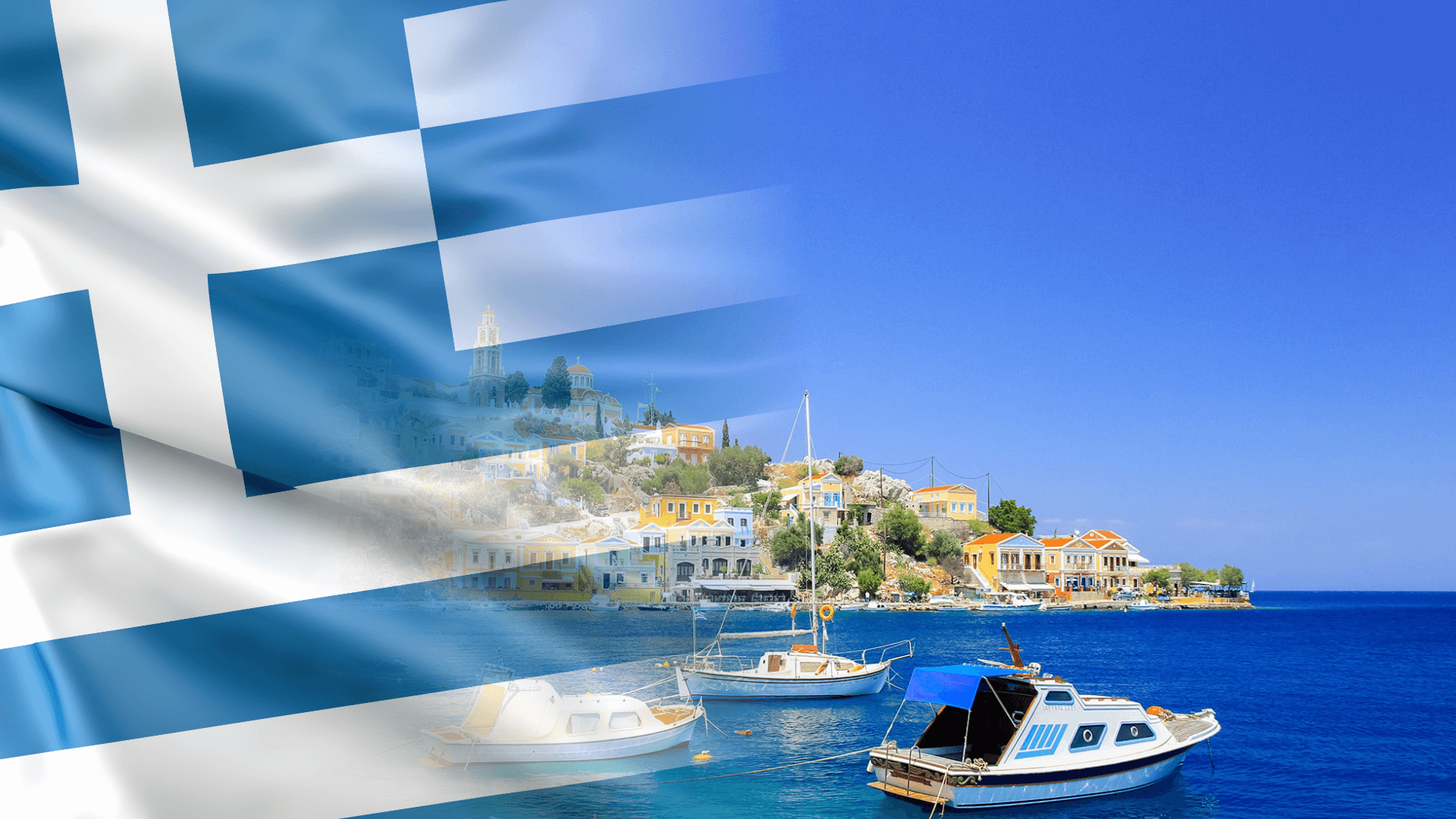 Greek Golden Visa: The easy way to get EU residency

Greece is the country of democracy, dance and sun. Greece, with its pristine Mediterranean beaches, is one of the favourite destinations for UK expats. Britons love the country which is just a 3-hour flight from London, with warm weather and one of the tastiest cuisines in Europe. As a result, moving to Greece is a top choice for Brits who lost the right to live and work in the EU at the beginning of 2021, or individuals coming from other countries. Historically, Greece and the United Kingdom have been allies for almost 200 years. The bond between the two countries is strong. As the UK is no longer a part of the European Union, Greece has become something more than just a tourism destination. Moving to Greece is one of the best options for Brits that would like to continue to live as European Union residents. The Greek Golden Visa programme provides a cheap way to make that dream come true.

The Greek residency by investment programme

Greece launched its residency by investment programme in 2013. While not so popular among investors as the Spanish or the Portuguese one, the Greek residency by investment programme is one of the cheapest available by European Union countries. The Greek Golden Visa has attracted the attention of many non-EU citizens who would like to settle in Greece or gain the right to travel freely in the euro bloc. In 2019, the Greek authorities issued more than 3,000 permits. The coronavirus pandemic weighed on the issued permits number, which barely reached four hundred during 2020. Before the coronavirus wave of infections which put a strain on travelling and investment plans, Chinese investors were among the first to take advantage of the programme’s benefits.

How you can get the Greek Golden Visa

The Greek residency programme enables non-EU citizens and their families to get residency status in return for property investment of a minimum €250,000 in just ninety days. The residence permit is renewable for up to five years. The programme also gives investors the option to apply for Greek citizenship after seven years of residence in the country. However, purchasing property isn’t the only option that would help you obtain residency in the beautiful Mediterranean country. Here are the ways you can obtain the Greek Golden Visa. 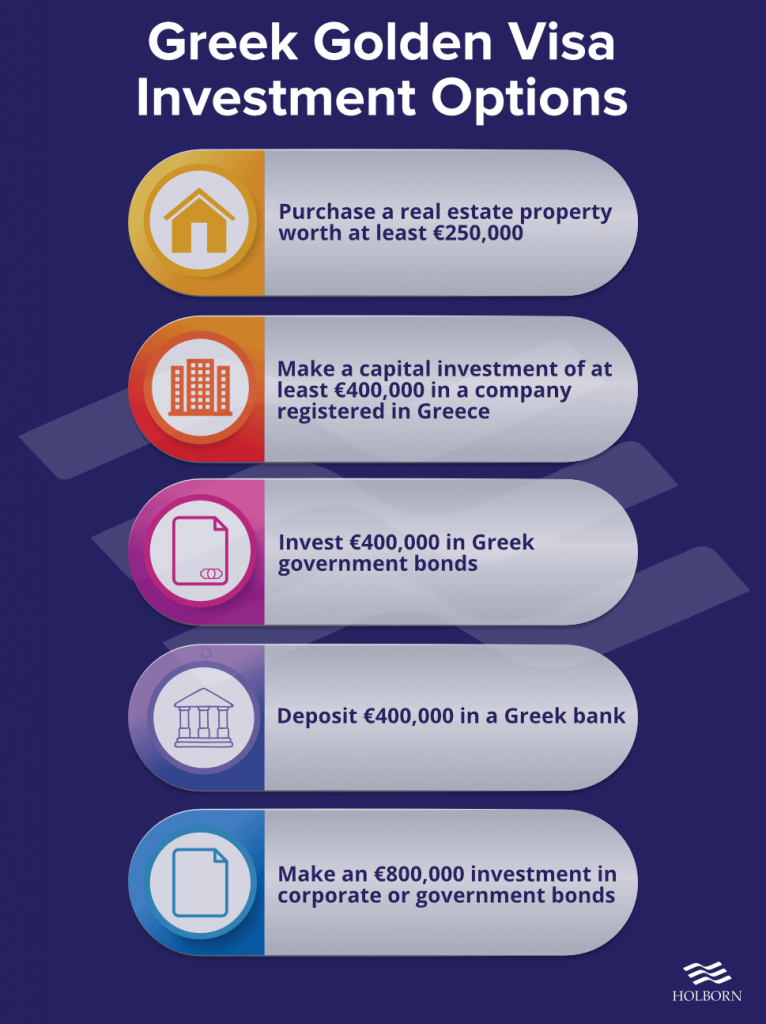 Will the Greek Golden Visa programme be amended? Media outlets have reported that the Greek government is thinking about amending the available investment options. According to media reports, Greek authorities would like to push potential investors to buy assets in underrated destinations in the country. The current property investment threshold stands at €250,000, including real estate in the capital Athens and Thessaloniki which is the second major Greek city. New rules may include lower thresholds in regions that are considered underdeveloped. However, market analysts suggest that as travelling would resume, property prices in Greece would rise as the demand from foreign investors is expected to surge. Another reform implemented in 2021 enables potential investors to submit their applications remotely. This has been a radical change as, during last year, more than a hundred Chinese investors were not able to complete their applications due to travel restrictions.

Holborn and the Greek Golden Visa

Holborn has a team of experts available 24/7 to answer every question you might have regarding the Greek Golden Visa and how you can become a Greek resident. Our qualified advisers can design an investment plan for you, saving you time, money and relieving you of the stress of such time- consuming process. Get in touch with Holborn today and get the right advice that would change your life forever.