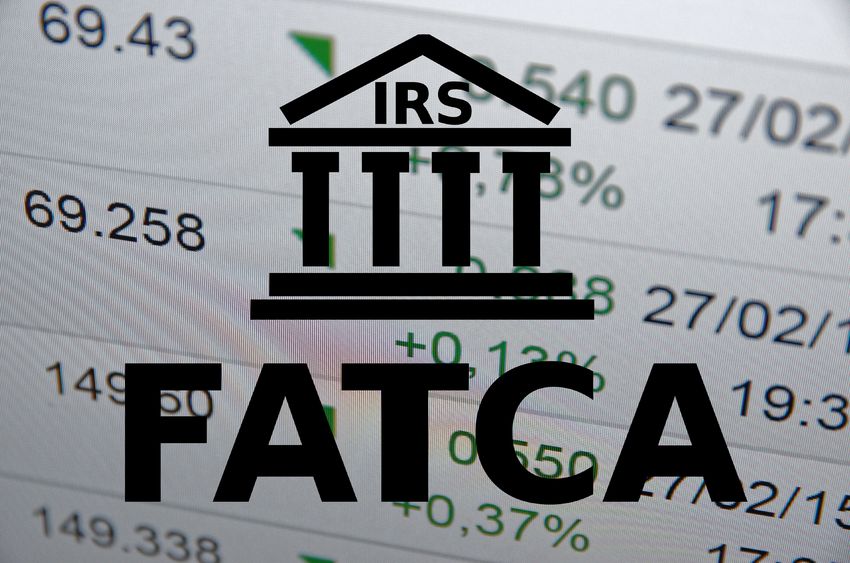 The liberal living environment compared to some of the other Gulf countries in the region, has attracted a large number of Western expats to the United Arab Emirates. Historically, the UAE has been a preferred destination for expats from the United States. According to Qatar-based BQ Magazine, there are over 50,000 Americans living in the UAE right now, making them one of the largest Western expatriate communities in the country.

Implications of FATCA for US Expats Living in UAE

Besides adapting to a few cultural differences, living and working in the UAE has been relatively easy. However, since the introduction of the Foreign Account Tax Compliance Act (FATCA) in 2010, Americans are facing some major difficulties when obtaining regular financial services from local banks and investment service providers. After the UAE signed a Model 1 intergovernmental agreement with the United States last year that came into effect on May 23, 2015, financial institutions in the UAE now run the risk of facing up to a 30 % penalty on the financial returns of their US market operations if they fail to comply with certain requirements of FATCA regulations. According to this intergovernmental agreement, besides a handful of government institutions, sovereign funds and international organisations, all other financial institutions had to provide information about their US customers to the UAE government. The UAE government then processed and submitted the first report to the US Internal Revenue Services (IRS) by September 30, 2015. As a result, a large number of financial service providers are no longer offering service to US expats living and working in the UAE. It is not only foreign financial institutions in the UAE that now have to comply with FATCA. Since the United States is the only developed country in the world that extensively taxes its citizens working abroad, US expats living in the UAE who have foreign account(s), holding an aggregate asset value exceeding $50,000 ($300,000 for U.S. taxpayers who are not resident in the U.S.), must also complete and attach a new IRS Form 8938 when they submit their annual tax return to Uncle Sam. Any failure to attach the IRS Form 8938 for the first time during the annual tax return may result in a penalty of $10,000. Additionally, any subsequent failures may result in a penalty of $50,000, plus up to 40% penalty for unreported foreign assets. Actually, prior to FATCA, the US law still required US expats living in the UAE, who had over $10,000 balance in their foreign bank accounts, to submit an Report of Foreign Bank and Financial Accounts (FBAR) or FinCEN Report 114 form. It must be noted that submitting Form 8938 does not relieve you of FBAR filing requirements. The specific implications of FATCA is that now there is no way to hide your foreign income. This is because, if you do not report your foreign income on your tax return to Uncle Sam, your financial service provider who facilitates your bank account, brokerage account, mutual fund, trust, or other type of foreign financial account, will have to report your assets to the IRS, as per the intergovernmental agreement between the United States and UAE. If you are an American expat living and working in the UAE, you should be very concerned about the implications of FATCA on your immediate and future financial plans. Because, if the IRS determines that you are not complying with the tax law and not paying your fair share of tax, they can issue instructions to revoke your US Passport!

Financial Planning for US Expats Should Begin at Home

While the prospect of getting a new, high paying job in the UAE is very exciting and truly a wonderful opportunity to explore the world and new cultures, doing a bit of homework before leaving home could pay off in the long run. The first thing you should remember is that once you officially become a non-resident American, your US based financial institution may limit your access to investment products or decide to apply different tax codes depending on the type of investments. Due to FATCA, a number of US-based financial institutions have simply given up on trying to meet the stringent reporting requirement for non-resident Americans, and they are often refusing to continue certain non-US based accounts. For example, if you have investments in US registered mutual funds, you no longer can continue to buy shares of such mutual funds as a non-resident US citizen. However, you can continue to buy individual company stocks in the US and continue to participate and invest in US- based bonds as a US expat living in the UAE. Then there are the concerns about savings instruments. If you have opened a 529 college savings plan to fund the educational expenses of your children in the future, its gains could be taxed. Furthermore, if you open a tax qualified retirement account in the UAE, for when you would eventually return to the US , those funds could get taxed at a different rate compared to having a traditional US company sponsored 401 (k) retirement account. Nonetheless, you can mitigate some of the foreign retirement savings concerns through Passive Foreign Investment Companies (PFICs) which we will discuss below. Not to mention, your foreign account in the UAE will not have any FDIC deposit and SIPC investment insurance, which are automatically covered for all US accounts. However, not to worry, the Central Bank of the UAE assured their backing on all deposits of both locally and foreign owned, banks during the eve of the Dubai World debt panic in 2009.

Have a Contingency Plan for Foreign Currency Fluctuations

Most companies in the UAE often offer their compensations for US expats in US Dollars, but on payday, they will usually pay in the local currency, Dirham (AED). As the Dirham is pegged to the USD (1 USD = Dh 3.672, as of August 23, 2016), you should not have difficulty calculating your cost of living in the UAE in terms of US Dollars. But, if you are leaving your family in the United States and going to send back remittance to cover their on-going living expenses over the next couple of years, you should calculate any potential depreciation of the AED when accepting your job offer.

Regardless of whether you are going to move your family to the UAE or not, you should consider opening a local bank account in the UAE. Why? Because, it would be much easier to pay your rent through online banking, pay for groceries and shopping with a local debit or credit card without incurring additional cross-border fees, and make ATM withdrawals without paying additional international fees imposed by your US bank. Also, if you want to maintain your investment accounts in the US, remitting funds from the UAE would be much easier if you have a local account. Keep in mind that the recent intergovernmental agreement regarding FATCA between the US and the UAE may prompt your local bank to seek additional documentation before they will allow you to open a current or savings account. For example, your UAE bank may ask you to provide proof of income or a letter from your employer, in addition to identification and address verification documents, before they will allow you to open an account. Furthermore, make sure that the bank you are approaching in the UAE is a registered Participating Foreign Financial Institution (PFFI) under FATCA, or they may simply refuse to welcome you as a client simply because you’re an American expat!

If you are going to live in the UAE for several years, it may be tempting to avoid those annual credit card fees back home by simply cutting up your existing cards. But, you should consider keeping at least one primary card with an American banking institution. Since your bank in the UAE will not report to American credit rating agencies, if you stop using any credit instrument regularly in the US, your credit history back home may get hurt badly. In that situation, when you return to the United States and want to apply for a car loan or a new mortgage, you may find that US banks refuse to approve your application due to bad credit! Therefore, keep at least one credit card issued by a US financial institution and make small but regular charges; paying them off fully every month will help you maintain a solid credit history for future credit needs in the United States.

Planning for Paying Income Tax as a US Expat

Since the UAE does not impose any income or capital gains tax on foreigners working in the country, as a US expat, all you need to worry about is how much tax you need to pay to the IRS, and how to do it in a FATCA compliant manner. As a non-resident US citizen, you can reduce your income tax burden under the IRS’ Foreign Earned Income Exclusion (FEIE) provisions. The IRS determines the FEIE amount for each year based on inflation adjustments. For example, in 2015 and 2016, you may qualify to exclude up to $100,800 and $101,300 respectively in earned incomes. Such tax-exempt income for non-resident US expats in the UAE would significantly lower the overall tax burden. The only condition is that you comply with FATCA regulations and submit Form 2555 along with the annual tax return to the IRS on time.

The FATCA reporting requirements would have the most impact on long-term retirement savings instruments, such as the Passive Foreign Investment Companies (PFICs). Generally speaking, almost all investment funds in the UAE would be considered as PFICs, including traditional insurance bonds and other contractual savings plans where expats in the UAE can participate. After the intergovernmental agreement, all providers of such funds will need to report the account information, including asset and transaction details, to the IRS. Hence, if you already have made such investments or are planning to in the future in the UAE, it would be wise to reveal that to the IRS during your annual tax return. Failing to do so may incur significant penalties. The PFICs distributions are taxed by the IRS as regular income at the highest possible federal tax rate of nearly 40%. Partly because the IRS considers these distributions as capital gains, which are not eligible to be taxed at the preferential long-term capital gains rates. If you plan to save a significant portion of your tax-free earned income in the UAE outside US based funds, it would be recommended that you discuss the details with a qualified financial planner, as the high rate of tax on any gains would likely make these type of investments inferior compared to investing in US-based funds with lower returns.

While FATCA reporting requirements have made it difficult for US expats in the UAE to shield their foreign investments, it also offers an opportunity for law-abiding citizens to pay their fair share of tax for the privilege of being a US citizen. If the bulk of your foreign income in the UAE is based on earned incomes from wage or self-employment income, you will likely enjoy a significant tax advantage compared to anyone working and earning similar amounts in the United States. However, the FATCA regulation will make it difficult for wealthy Americans who earn most of their annual income from investments made in foreign companies and funds, to avoid taxes henceforth. If you are concerned about how the new intergovernmental agreement between the United States and UAE on FATCA would have an effect on your portfolio, feel free to contact a qualified Holborn Assets financial planner.