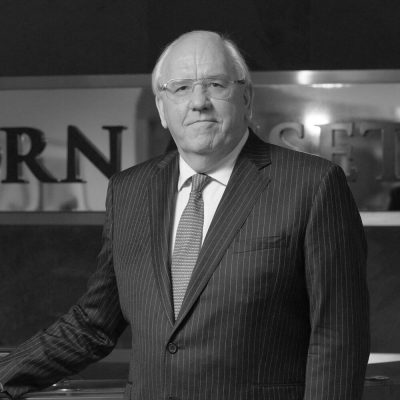 Robert is the Chief Executive and a major shareholder of Holborn Assets Limited. He has had a distinguished career in the Financial Services Industry spanning over 30 years.

As Founder and CEO of Holborn Assets Limited, Robert hails from a fully-qualified background as a Financial Adviser in his own right.

Robert was Managing Director of an IFA/Accountancy practice in the UK prior to moving Offshore. He has been a member since 1983 of - and regular guest speaker for - the UK’s Life Insurance Association.

Straight out of school, Robert plunged into a demanding role as a commissioned officer in the Royal Air Force for 6 years. He then moved into the (equally demanding) UK insurance industry.

Robert's career then took him to the Board of Guardian Royal Exchange Financial Management Limited, where he was responsible for the national field force of 1200 staff.

Robert formed Holborn Assets in 1999 and from small beginnings in Dubai, the company has grown under his determined and ethical leadership to have a dynamic IFA presence in the UAE as well as offices across the globe.

Robert has been a member of the UK’s Life Insurance Association (LIA) since 1983. He has been a regular speaker at LIA Regional events, as well as at the National Convention.