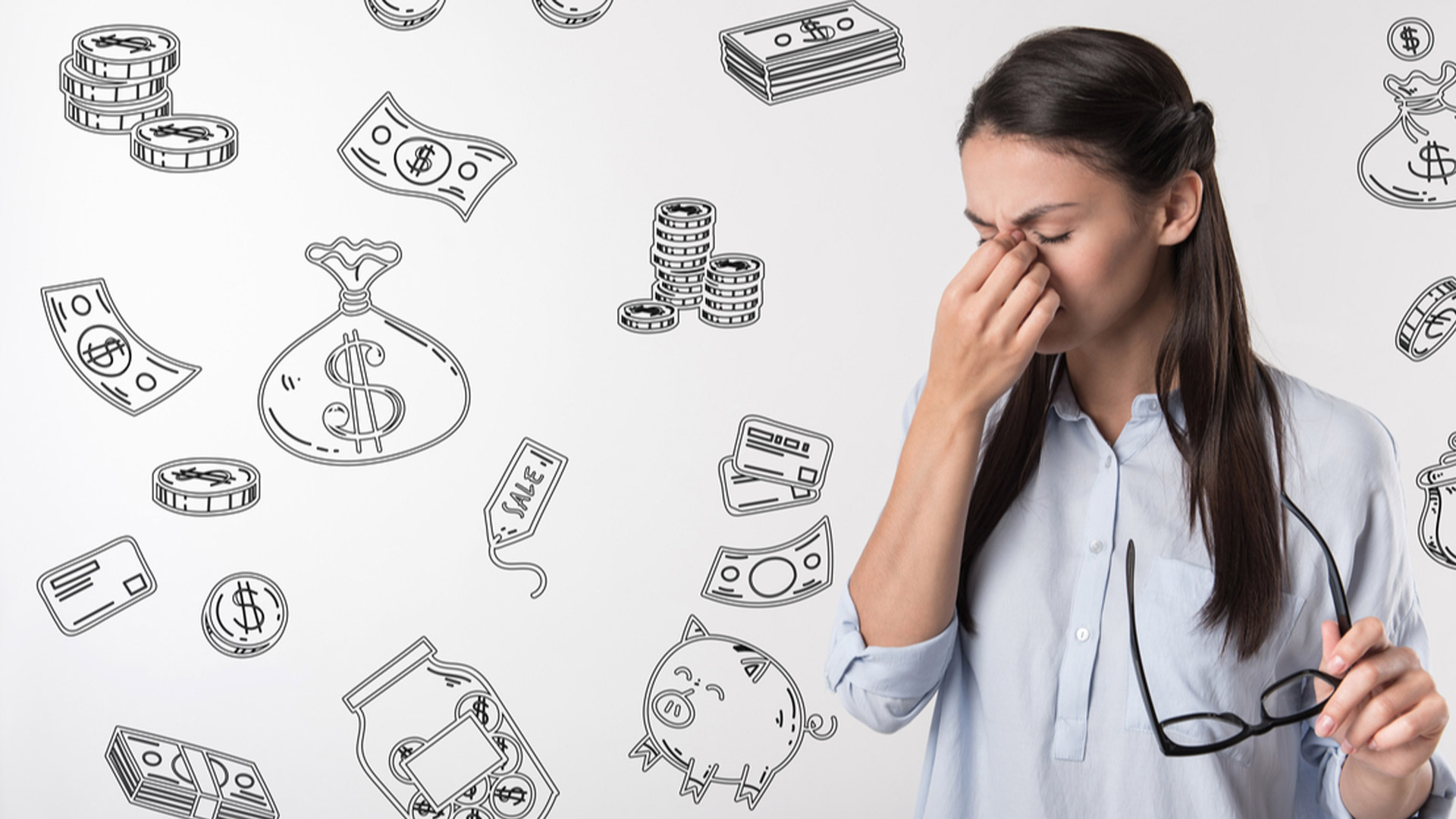 The good old days; a phrase you have probably heard countless times from older generations reflecting fondly on the past.

The question is, will today’s generation be able to look back with the same fondness?

Based on the latest figures, maybe not. For millennials working towards their financial goals, the ‘good old days’ may be a thing of the past.

Before we delve into the data, let’s take a look at some of the concerns facing the cohort.

When it comes to financial goals, millennials have two concerns – homeownership and retirement.

Are their concerns irrational, or do they have substance?

The struggle to get on to the property ladder seems to be a harsh reality for a lot of millennials.

According to data from Statista, 25-34-year-olds only account for 9.1% of homeowners in England. These figures are alarming, as homeownership has a direct impact on your pension pot.

Research from insurer Royal London found that someone who owns their home outright could maintain living standards on a pension pot of around £260,000.

That figure nearly doubles to £445,000 for someone who rents privately.

It’s no wonder that 58% of millennials are concerned they won’t be able to support themselves financially in retirement.

So how did we get here?

Compared to previous generations, millennials have some of the biggest barriers when it comes to achieving key financial goals. Here’s why.

The 2008 financial crisis was the catalyst for a chain of events that followed. Housing prices increased, and the job market became more competitive, especially for the younger generation.

Entry-level wages were lower than they were pre-2008. Financially, millennials entering the job market were already at a disadvantage.

But in terms of monthly income, millennials were already falling behind previous generations before the events of 2008.

Data from the Organisation for Economic Cooperation and Development (OECD) sheds some light on this.

The reality is, median incomes have barely increased in decades, and inflation has skyrocketed.

OECD data revealed that house prices have been growing three times faster than the median income over the past 20 years.

On the one hand, borrowing is cheaper, but on the other, it can encourage people to take on more debt.

Figures from the FCA indicate that lower interest rates are increasing borrowing across the UK. More concerning is the fact that people are borrowing beyond their means.

The average debt-to-income (DTI) ratio was 115% in the decade before the financial crisis. Ten years on and the average DTI has seen an increase to 135%. The increase in DTI appears to be hitting millennials, making it harder for them to build wealth.

YouGov research revealed that for 42% of millennials, debt repayments are their biggest outgoings. One in five aged 25 to 34 spend more than 60% of their salary the same day they get it.

The increasing cost of higher education has also added to the demographics debt.

Millennials are responsible for a large chunk of the UK’s outstanding student loans – a figure that stands at £121bn.

Millennials vs other generations 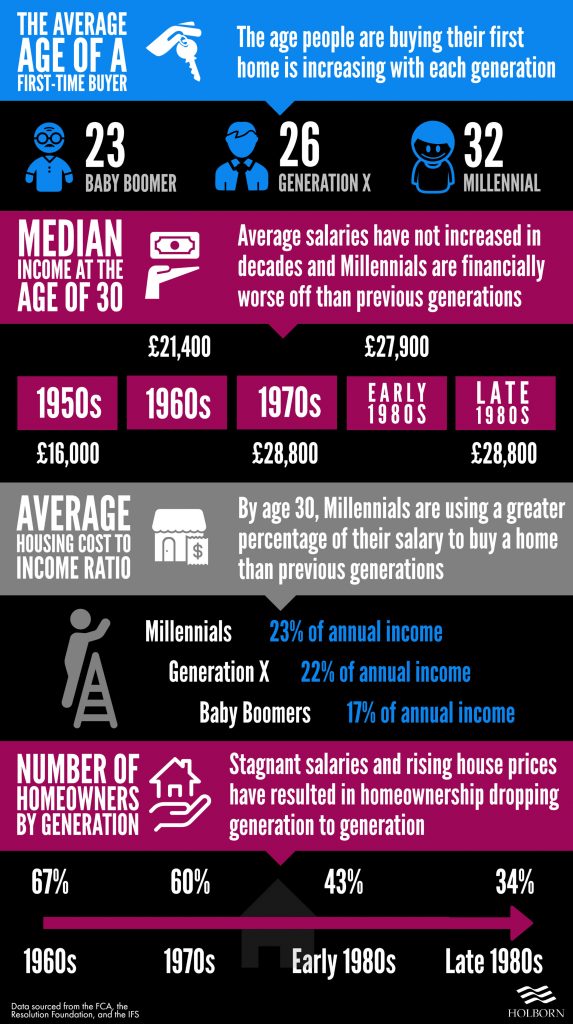 Now for the big question; are millennials financially doomed, destined never to achieve their financial goals?

Sure, millennials face financial challenges. However, they are a generation that has proven to be resilient and adaptive.

The first step to achieving your financial goals is to take control. Creating a budget is a great way to do this.

By making a detailed list of all of your monthly outgoing, you will get a clear picture of your financial situation.

You’ve created a budget and the reality of how much you owe has hit you – don’t panic.

Debt can seem overwhelming, but with the right strategies, being debt-free is an achievable goal.

The debt snowball method is one way of effectively reducing debt. Here is how it works.

Still not convinced? Research by Harvard University found that people who used this strategy repaid their debt 15% faster.

Now that you have some debts cleared, it’s time to put those extra funds to work.

One thing millennials have on their side is time. By harnessing the power of compound interest, you can supercharge your saving over time.

Compound interest is interest for your interest. Your money can grow, even if you stop adding to it.

Albert Einstein referred to compound interest as the eighth wonder of the world. If one of the smartest people in history saw its potential, you should take notice.

A comfortable retirement and homeownership should be realistic goals for millennials. By managing debt and having a practical strategy in place, there’s no reason they shouldn’t be.

If you would like to take your financial planning a step further, speaking to a professional can help.

Holborn Assets was born in 1998, making our company part of the millennial cohort!

With over 20 years of experience, we have helped countless people achieve their financial goals. If you would like to find out how we can help you, contact us using the form below.