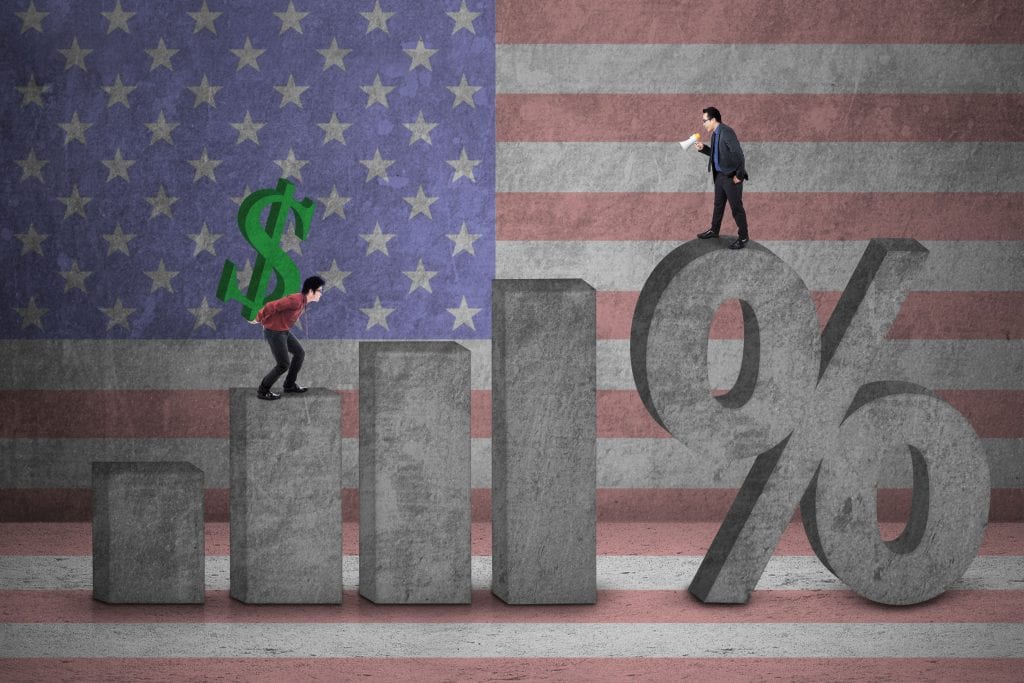 Home | Blog | Finance | USD as a World Currency – Part 1: Why is the US Dollar Still the Reserve Currency of the World?

USD as a World Currency – Part 1: Why is the US Dollar Still the Reserve Currency of the World?

It is well known that the US is the only country that can print money without control. But how do other nations of the world accept it? In this article, we will find out how (and why). For a broader look at the history of the US dollar with Holborn Assets, click here.

Beginnings – The US dollar is Chosen as the Reserve Currency

Seventy years ago, just as the tides of World War II were turning in favour of the allies, the Bretton Woods system was established in order to implement a series of post-war global financial standards. With an agenda of choosing a world currency, 730 delegates from 44 countries gathered in July 1944 for a three-week conference at Bretton Woods in New Hampshire, United States. Amidst the main issues discussed, the chaos intrinsic to the inter-war financial system in effect during 1918 through 1939, the collapse of the gold standard, the determination of currency values, the Great Depression in the United States and the rise of protectionism around the world took precedence. The standards and rules were largely dictated by the USA which commanded the strongest economy at the time and controlled nearly two-thirds of the world’s gold at the time. Here are the key results of the Bretton Woods agreement: The resultant system was in effect for the decades that followed. Here is why the US dollar was accepted by most countries as a reference currency:

Problems were quick to ensue as the US took to printing paper money in order to cover internal deficits and give credit at interest over a period of time. The Fed printed fiat money[1] to pay off state employees, to finance their spending, buy oil abroad, etc. However, too much money meant that paper money exceeded the combined value of the US’ goods, services and gold reserves. Naturally, this led to inflation and the surplus ‘inflationary’ money carried the potential of disrupting the US’ economic superiority if left unattended. In response to this, the US developed the Marshall Plan in 1948. The plan was about helping Western European countries rebuild using funds provided by the US in the form of grants and loans. What was the motivation for this kind of unprecedented generosity? Simply put, the US routed their inflation to Europe, Japan and other parts of the world. The Marshall Plan intended to collect fiat money with the help of taxes before they unleashed inflation and ‘lend’ the same to the Europeans in the guise of real money. Thus, it is possible to spend more than you earn, and live at the expense of others. Through the famous Marshall Plan, the US allocated $12 billion to Europe, and for the most part, it was not debt — $9 billion was a gift (i.e. grant). Similarly, $2 billion was donated to Japan. By 1966, the US grants to Europe had reached the peak value of $55 billion. The mechanism of pushing the US problems to someone else’s shoulders worked well for a while. The US assumed that the ‘Euro-Dollars’ would never get back to the States and they would not be required to give the US gold to Europe. However, more problems were beginning to take shape. In 1965, French president Charles de Gaulle suddenly demanded the US to give them gold in exchange for dollars under the Bretton Woods agreement. At the time, France held $1.5 billion. De Gaulle threatened to withdraw from NATO and demanded the withdrawal of military bases from French territories unless the US complied. Later, Germany, Japan and Canada also required Washington to convert their dollars into gold. Resultantly, the gold reserves of the country significantly fell and the dollar was devalued. By 1971, there was only $52 billion worth of gold in the US, a little over a third of that which would be required to convert into the $132 billion of dollars in foreign hands. On August 15 of the same year, President Nixon announced a New Economic Policy, suspending the Bretton Woods gold convertibility. This meant the US would no longer give their gold in exchange for dollars, and the countries around the world remained with uncovered dollar papers. This initiative is known as the “Nixon Shock”. 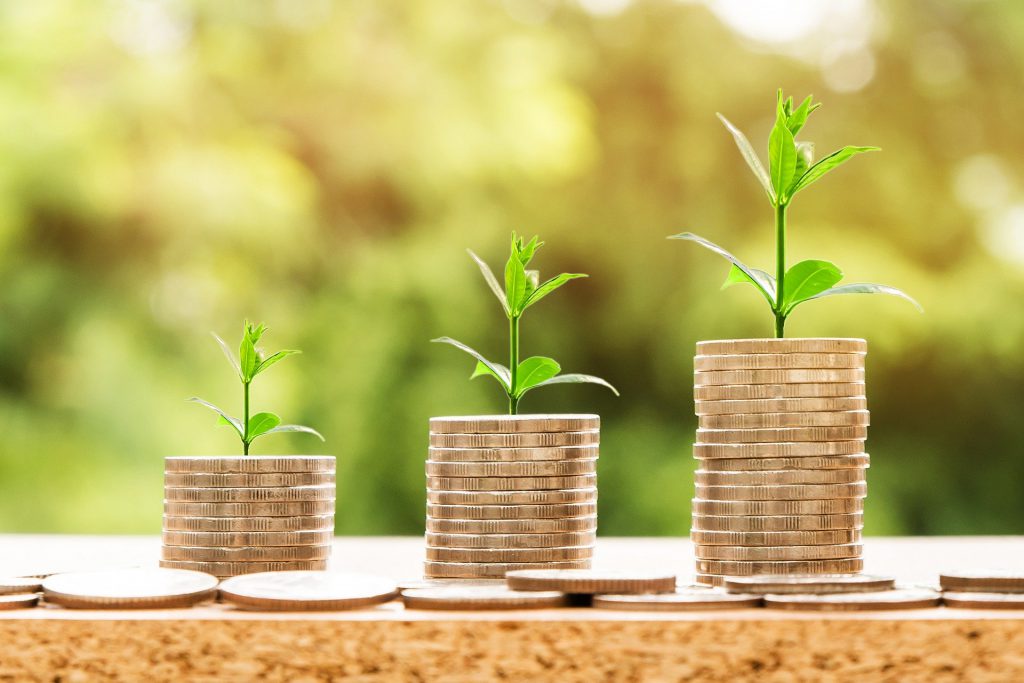 The purpose of President Nixon’s announcement can be broken down into the following objectives:

The Gold Standard is Removed

Why did the FED and the US government want to eliminate the gold standard? The main reason was so that they could print as much money as they wished and then give these papers in exchange for real value: hours of work, foreign commodities, goods and services. The only thing that backed the dollar without a gold standard is the ‘demand’ – which means people’s belief. It is like selling a brand. But once other countries realised they had paper money that could not be exchanged to gold, how could the US still convince everybody the dollar was ‘real money’ and increase the USD demand? Enter the petrodollar system.

A Dollar Backed by Oil

“After America, and its citizens had tasted the sweet fruit of excessive living at the expense of other nations, there was no turning back” — Jerry Robinson, Director of Economic Research at FTMDaily.com To sustain demand for the USD, Washington required a plan in which the gold should be replaced with some other commodity. This plan culminated with the concept of the petrodollar. A petrodollar can be defined as the US dollar earned front the sale of oil. Collectively, they may be simply defined as oil revenues denominated in US dollars.” The petrodollar system is highly complex and comprises many portions of different levels. It all started as follows: the United States, represented by the US Secretary of State, Henry Kissinger, had a series of meetings with the Saudi royal family in 1974 and reached a powerful agreement. It stated that the US would buy Saudi Arabia’s oil and would provide military aid and equipment. In exchange, the US required that: Naturally, this deal surprised the Arabs as it was quite attractive – the only thing they had to do was to refuse other foreign currencies and sell their oil for dollars. As the US expected, more oil-producing countries wanted in on this system and by 1975, all of the OPEC nations had agreed to price their oil in dollars and to hold their surplus oil proceeds in US government debt securities in exchange for generous offers by the US. Oil is the blood of the economy. You cannot do without oil if you want infrastructure, factories, transport, etc. This is why countries around the world had to gather paper dollars if they wanted to buy oil. And the simplest way to get USD was through the Forex markets. However, it was not an acceptable long-term solution as it was cost-prohibitive. Thus, many countries started to develop an export-led strategy with the US, so as to exchange their produced goods and services for the USD that they needed to buy oil. This can help you understand most of East Asia’s export-led strategy since the 1980s, and why China and Japan opted to hold so many US dollars. The petrodollar system resulted in three immediate advantages to the US: Once this system had spread globally, the demand for the USD increased. The US could print paper money without control and use it for spending and to develop a welfare state. Also, more and more countries agreed to hold the US debt in the form of bonds, as the terms required.

Why is the USD Still the Global Reserve Currency?

If you go back to the Bretton Wood agreement, you would note four key points: USD as a world currency, USD backed by gold, IMF and World Bank. Now, with the “Nixon Shock”, the USD was no longer backed by gold, but it still maintained its position as the global reserve currency. Once the petrodollar system was successfully applied in favour of the US, the USD position as a world currency was consolidated further. It was mentioned at the beginning of the article that the USD was initially accepted by other countries for two reasons: So, are these points currently fulfilled? Today, the first point does not make any sense as the US dollar is not backed by gold. The situation with regard to the second point has also changed because the US gradually shifted from a production economy into a consumption one in the aftermath of the World War II, more so after the petrodollar system was in effect. This means the US economy looks solid outside, but it can be shaken at any time because there is too much focus on consumption and speculation. So, why really is the USD still the global reserve currency? As you can guess, it is because it is still connected to oil. The Oil trade is the main driver of demand for the USD allowing it to root itself deep in the economies of the world. So the transition to another reserve currency could shake most of the countries which have directly or indirectly backed their national currency with the US dollar. No one wants to initiate change. However, it is clear that there is too much US currency in the global economy and that there is a limit to this bubble. The USD runs the risk of losing its position as a world currency.

Is it Time for Change?

This question is very important. Some muse that the time for a change was the day that followed the ‘Nixon shock’ when the US dollar was no longer backed by gold. However, countries around the world didn’t stop importing dollar papers. The world has reached a moment in time where big powers like China and Japan are questioning the dependency on the dollar. China is currently taking considerable measures to undermine the petrodollar. It has created a long term plan to replace the USD with the Yuan. It bought more gold in the last decade than it ever had and it was recently included by the IMF in its ‘SDR’ — a basket of reserve currencies. (This will be discussed in detail in a follow-up article to this piece). Moreover, China currently does business with its partners by utilising each other’s currencies. Bilateral partnerships with Russia, Brazil, Australia, even former wartime opponent, Japan, have led to currency swaps and other arrangements that bypass the USD. It is clear that these countries are starting to diversify their economies and reduce dependency. “The Yuan has become more international and more recognised by the financial market,” the head of a Chinese trading company recently told Reuters. Russia is also a superpower than can decisively weaken the USD’s grip. In fact, the collective of BRICS countries (consisting of Brazil, Russia, India, China and South Africa) have emerged as a powerful structure and they want to loosen the dependency on the USD by introducing new trading concepts. We now find ourselves in a currency war and only time will reveal its result. [1] Currency established as money by government regulation or law, Fiat Money