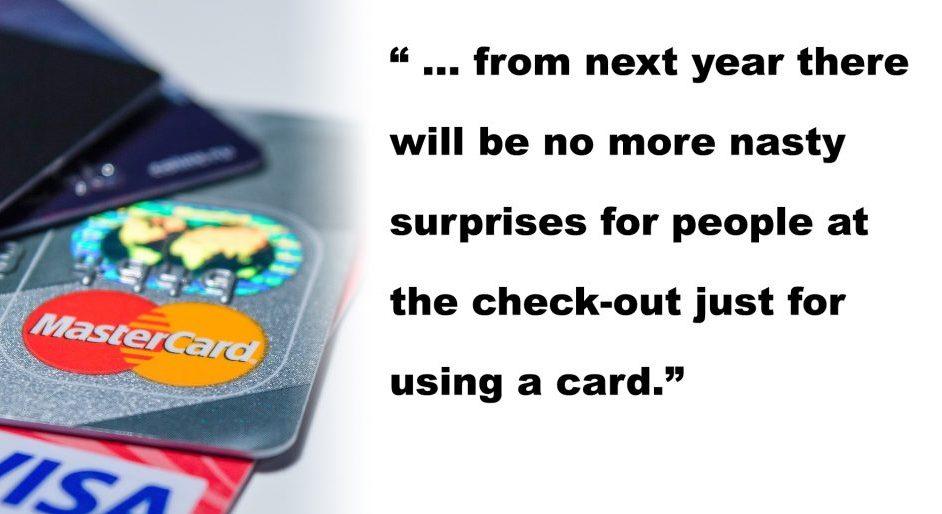 On 18 July 2017, the UK Treasury announced that British consumers would finally see the back of ALL “rip-off card charges.” The Telegraph confirms that “all consumer-facing credit and debit fees, which can be as high as 20 per cent, will be outlawed from next year under an EU rule change.” The UK Government has set a deadline of January 2018 for vendors to stop skimming on transactions. The decisive action will mean savings for us consumers on an ongoing basis. But what about companies? Companies in three consumer sectors in particular will, thanks to the way they make money, be hit hardest by the upcoming ban on card transaction surcharges: food apps, budget airlines and clothing.   Online food order platforms take a commission from the full price paid to the supplier by the consumer as well as raking in a surcharge on every card purchase. So it’s no surprise that the sector has taken an immediate hit on the news. JustEat, for example, saw its share price fall more than 9% in one day. Bloomberg, the financial news experts, confirmed that 13% of JustEat’s revenue stems from “payment card and administration fees.”   Budget airline carriers advertise sometimes startling low prices for flights — only to later charge heavily for a raft of optional extras like baggage, food, or toilet use (as well as passing on the relevant governmental taxes). Ryanair, the Irish carrier with a significant footprint in the UK low-fares market, saw non-flight revenue — which includes credit card/administration fees — rise 14.2% to €1.329 billion last year (though the company didn’t disclose how much of that came specifically from payment transactions). The end to charges on card transactions may not impact on fares but, like other providers, Ryanair will not be able to avoid it.   Revenues at even the giant bricks-and-mortar retail groups are already under pressure thanks to the ongoing consumer shift to online shopping. Arcadia Group, which owns fashion chains such as Topshop, saw its adjusted operating profit fall 16.5% to £211.2 million in the year to August 2016. And Marks & Spencer, which combines clothing lines with food and furnishing, saw operating profit for the year to April 2017 slump more than half to £253.2 million. The government ban on card transactions will take away a precious revenue stream.