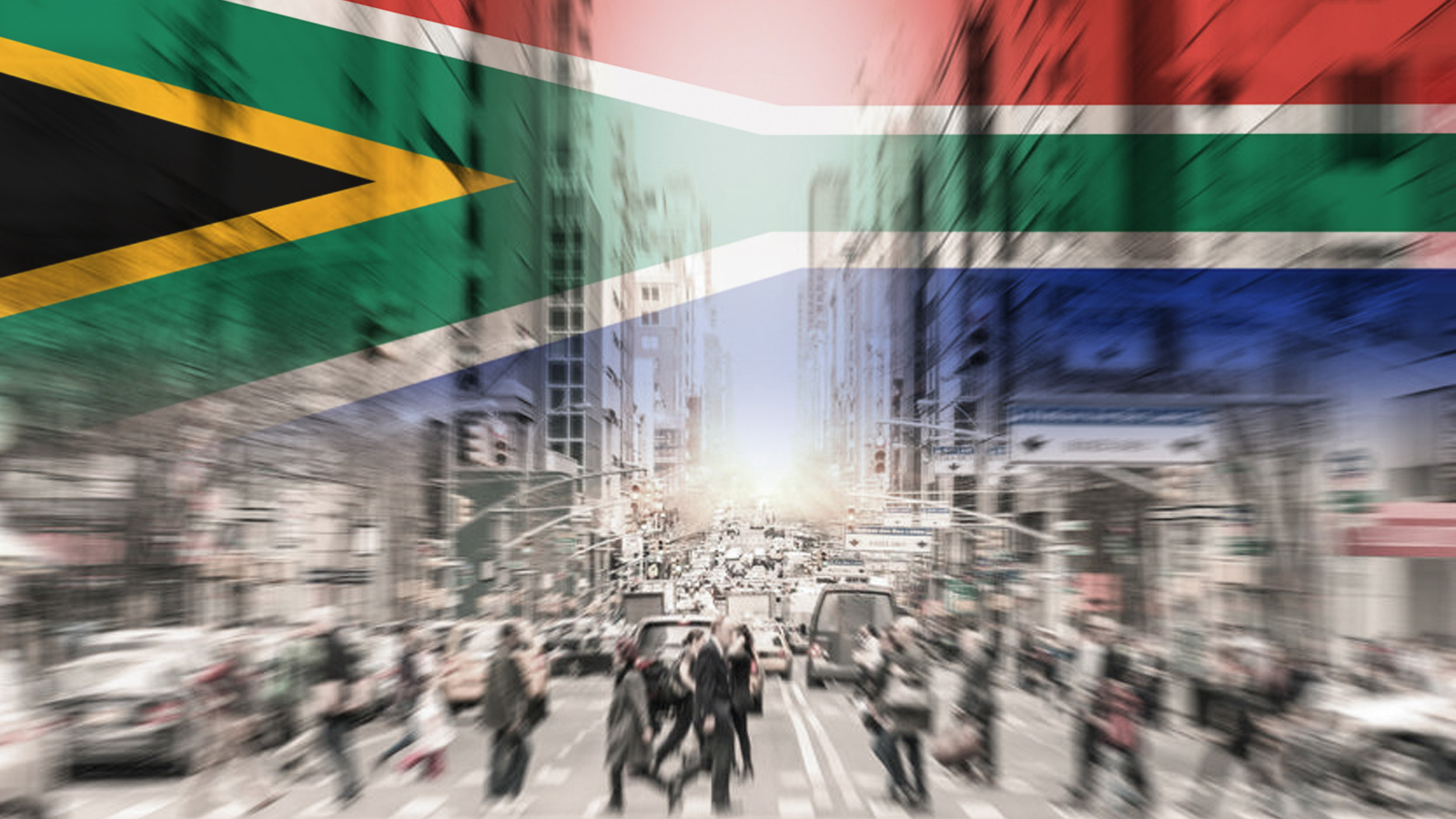 The bitter economic reality of South Africa in terms of virtually non-existing GDP growth, increasing crime rate, and allegations of "reverse discrimination," have promoted a large number of young and aspiring professionals to look for career opportunities overseas. A significant number among this highly educated workforce from South Africa have found a new home in the UAE.

Unlike other popular migration destinations for South Africans, like the United Kingdom and New Zealand, most expats see the UAE as a stepping stone towards building a truly international career. In fact, the majority of the South African expats do not plan to live longer than ten years in UAE.

As a result, long-term financial planning for most South African expats living in UAE has historically focused on diversification, with a special interest in having a considerable international exposure in their investment portfolio.

This international nature of the investment portfolio can pose some confusion for South African expats living and working in UAE in terms of taxation. Partly because the taxation documents published by the South African Revenue Service (SARS) aimed at expats are often written in an ambiguous manner.

South Africa Usually Does Not Impose Income Tax on Non-Residents

Like most countries, South Africa does not impose any income tax on the non-resident population. However, to enjoy the tax benefits as a non-resident, you must meet certain criteria.

It may sound confusing at first due to the criterion regarding the last five year’s presence. However, the SARS makes it explicitly clear that unless you reside in South Africa for at least 915 days during those five preceding years of assessment, you will not be taxed as a resident.

In fact, besides in certain conditions, if non-residents do not earn any income from sources in South Africa, you may not need to disclose your worldwide income to the SARS at all!

However, it is better to discuss your non-resident status with one of our qualified Holborn Assets financial planners before filing your tax return. Because, you could genuinely be a non-resident South African, but may end up paying income tax anyway due to not properly presenting your case to the SARS when filing your annual tax return.

Your Foreign Dividend Income Will Be Taxed by SARS

Nonetheless, when it comes to earning dividends from investments made abroad by non-residents, the SARS has a very different point of view.

If you make an investment in a foreign company, such as buying stocks as a common shareholder, any dividend you will earn from those investments will be taxed by the SARS at the maximum effective rate of 15%. The SARS mentions that the 15% tax rate will be imposed on most foreign dividends. By most, they mean when you own less than 10% of the foreign company. However, things become more complicated when you are a majority shareholder or own more than 10% of the company.

Since these situations are different for each individual, there is no general rule of thumb that you can abide by if you own more than 10% of a foreign company. Therefore, you should seek financial planning guidance from a professional who can analyse your case and give you personalised suggestions.

In most cases, the SARS will not impose any capital gains tax when you sell your foreign shares in a company for a profit. However, this tax exemption rule is only valid for companies that are not involved in the property business.

Let’s say you have a foreign brokerage account and have bought some stocks of an American technology company trading on the New York Stock Exchange (NYSE) or NASDAQ. If you decide to sell a portion of your stocks in that company after a few months for a profit, there is a good chance that you will not be liable to pay any capital gains tax to the South African government for earning that profit. So, no capital gains tax here!

But, if you own shares of a foreign company involved in dealing with real estate or property, there are different rules. For example, if you buy shares of an American Real Estate Investment Trust (REIT) or invest in a property company in the UAE, then the SARS may end up imposing capital gains tax on certain conditions.

One of the condition for imposing capital gains tax on non-residents is that you must own more than 20% of the property company outside South Africa.

Moreover, if you own an "immovable property" in South Africa, such as an apartment, house, or even vacant land, you will be liable to pay capital gains tax to the SARS.

Since a large portion of the South African expats living in the UAE will consider retiring elsewhere, outside of both South Africa and theUAE, the tax implications could turn out to be a complete nightmare if attention is not paid where it is due.

Like most South African expats living in the UAE, there is a good chance that your career started back home. It means that you probably already have some kind of retirement account or have made long-term investment commitments in South Africa. The good news is that under a recent tax legislation, if you are under the age of 55, you can cash in your entire retirement annuity as a lump sum and take it with you to your desired overseas destination.

However, if you decide to terminate your retirement annuity early, you may need to pay a withdrawal tax to the SARS. For example, you can claim tax exemption on the first R 22,500 while terminating your retirement annuity, but you have to pay a stiff 18% withdrawal tax on the next R 600,000. Furthermore, the tax rate goes up to 27% for the next R 900,000. Any remaining balance will be taxed at a maximum of 36% rate. The problem is, tax relief on retirement lump sum benefits is allocated only once in your lifetime. Meaning, if it’s used up, you can’t claim it again.

Besides the obvious disadvantage of being taxed on early termination, as a non-resident, there are other reasons why you should consider to keep a substantial portion of your retirement nest egg outside South Africa. 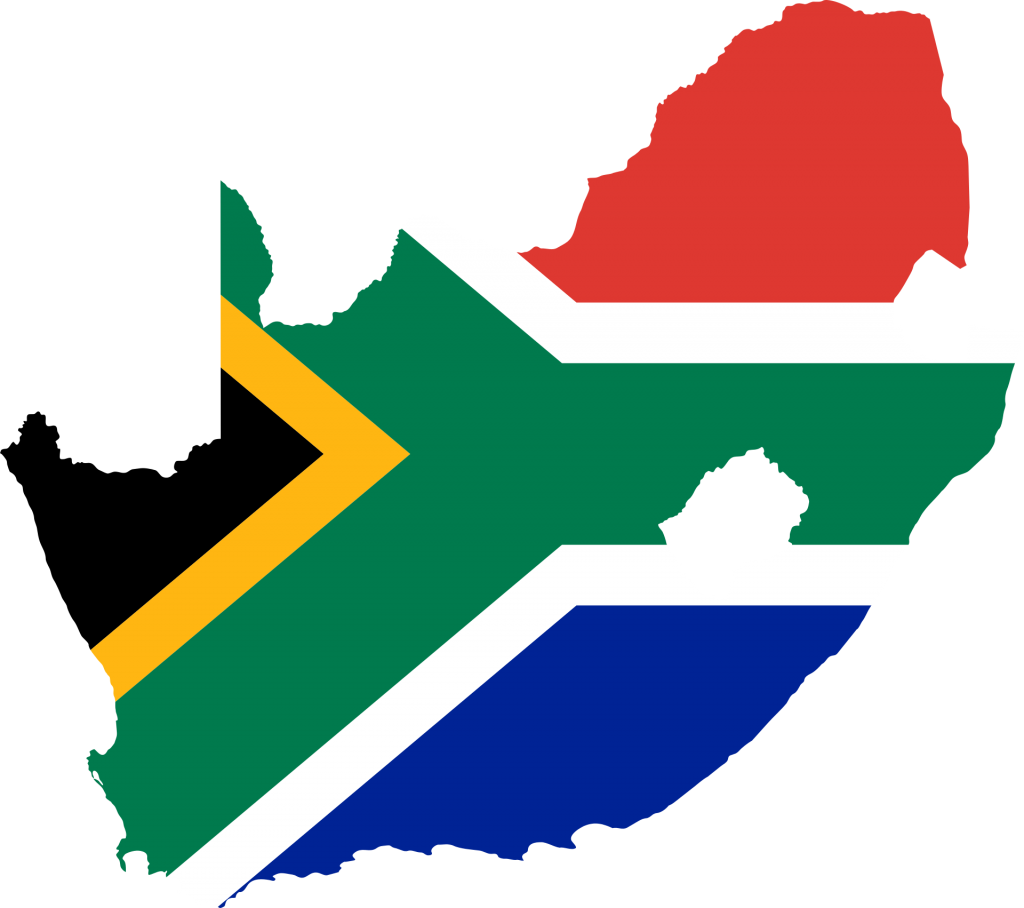 As the South African economy has basically stopped growing in the last few years, there is a good chance that your investment returns would significantly suffer if you continue to build your nest egg back home. As a non-resident South African working in the UAE, you have a world of options when it comes to retirement planning. From investing in high yield funds focused on emerging economies or opting for index funds that only include stable Fortune 500 companies.

Prior to 2015, South African expats had the option to invest in long-term bonds and other interest-bearing instruments like opening fixed deposit accounts with South African banks. While they can still do that, since March 2015, the SARS started deducting a 15% withholding tax (at source) on any interest income payable to non-residents.

Regardless, make sure that you do not jump the gun and carefully consider the implications of closing your retirement annuity account in South Africa. The reason being, once you finally decide to settle outside of South Africa to enjoy your golden years, you need to formally initiate an immigration process with the South African Revenue Service.

Unlike most developed countries, South Africa has strict control over foreign exchange. Although the South African Reserve Bank has a history of restricting transfer of large sums of capital out of the country, they do allow a discretionary allowance of R1 million. Also, South African citizens can invest up to R 10 million under the annual foreign investment allowance. If you are planning to move any sum larger than this, regardless of your non-resident status, you need to make sure that you are acting within the law while planning to take your retirement nest egg abroad.

As a South African expat living in the UAE, generally, you should aim to generate employment income, which will not be subject to any income tax. In fact, many self-employed South African expats who are independent contractors can save thousands in income tax simply by incorporating a company and paying themselves a salary. Simple strategies like these can be scaled to comply with the tax laws imposed by the South African Revenue Service.

The UAE offers South African expats a great opportunity to experience a truly multicultural lifestyle and expand their horizon. Also, the strategic importance of the UAE enables South Africans to consider the option to travel and look for further opportunities in the emerging economies in South East Asia and the Far East.

However, with the stress of building an international career in theUAE, South African expats often forget to pay attention to proper financial planning that can save them a substantial amount of tax during their working years, as well as in retirement.

A qualified Holborn Assets financial planner can help you develop a truly international investment portfolio with a strategy to allocate your assets in a way that can reduce your tax burden as a non-resident South African living in the UAE.