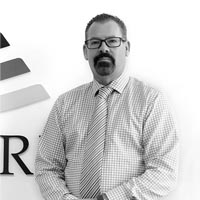 Lawrence is the senior associate for Holborn Asset Management Group.

Originally from the United Kingdom, Lawrence went on to further his career where he spent 14 years in Luxembourg working for financial institutions such as JP Morgan. During that period in Luxembourg he worked as an interbank money broker trading multiple currencies for large banking institutions including interest rate swaps. He also traded Eurobonds in both the primary and secondary markets and stock broking.

More recently Lawrence spent 8 years working in Jersey, the Channel Islands for Lloyds TSB where he accounted for £1.2 billion of funds under management across 7 of Lloyds TSB’s retail funds. He is a Fellow of the Chartered Institute for Securities and Investments and has gained accountancy exams from the Association for Certified Chartered Accountants. Lawrence has also gained qualifications under the Malaysian Insurance Institute and continues to be governed by the financial services authority in the UK due to his continued membership in the institutes and associations mentioned above.